Top 10 Largest & Biggest Fraternities in the US

Students leave the confines of their school and enter a prominent institution to engage in activities more representative of real-world settings.

Not only is college or university a location to concentrate on one’s academics, but it is also a place to make lifelong connections with people who are essential to one.

One such organization that may facilitate the formation of fraternal relationships that last a lifetime is a fraternity. Many educational institutions in the United States provide meeting places for male students of the same gender interested in establishing their own groups, known as fraternities.

Members form a close relationship to facilitate members’ participation in one another’s personal and professional growth and the growth of the fraternity as a whole.

Many students choose to become members of these fraternities because of the unbreakable links and goals they uphold, and as a result, their numbers continue to skyrocket over time.

Therefore, this post will discuss the ten largest fraternities found in the United States this year. 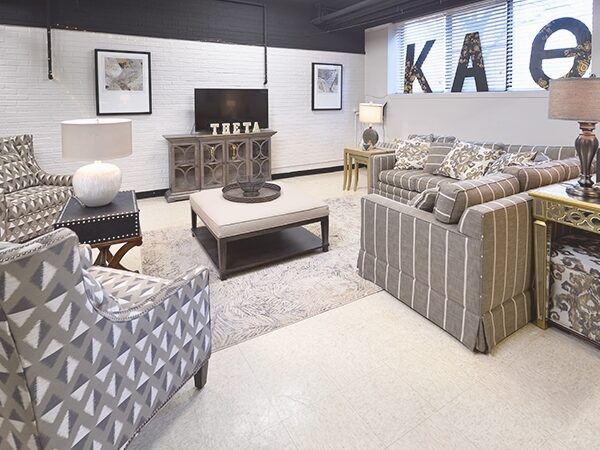 The largest fraternity that can trace its beginnings to Latin America is called Nu Alpha Kappa. It was intended to assist students from Latino backgrounds in overcoming the cultural disparities in society. It engaged in many activities to differentiate itself from the standard male clubs and establish itself as a fraternity.

The members of this community uphold the guiding ideals of maintaining a high standard of academic achievement, maintaining unadulterated brotherhood, and cultivating cultural awareness.

In addition, it hosts many events, such as the National Sports Tournament, a sporting event known as NAKFest, and the National Conference on Leadership Development.

A male student has a better opportunity to make the most of his college experience if he is a member of a well-known and sizable fraternity.

In addition, it assists students in developing their personalities as a whole and becoming productive citizens of their nation.

In addition, it allows participants to network with prominent former members of the respective fraternities. Before becoming a member of any fraternity, you must investigate the various organizations’ membership requirements and their functions 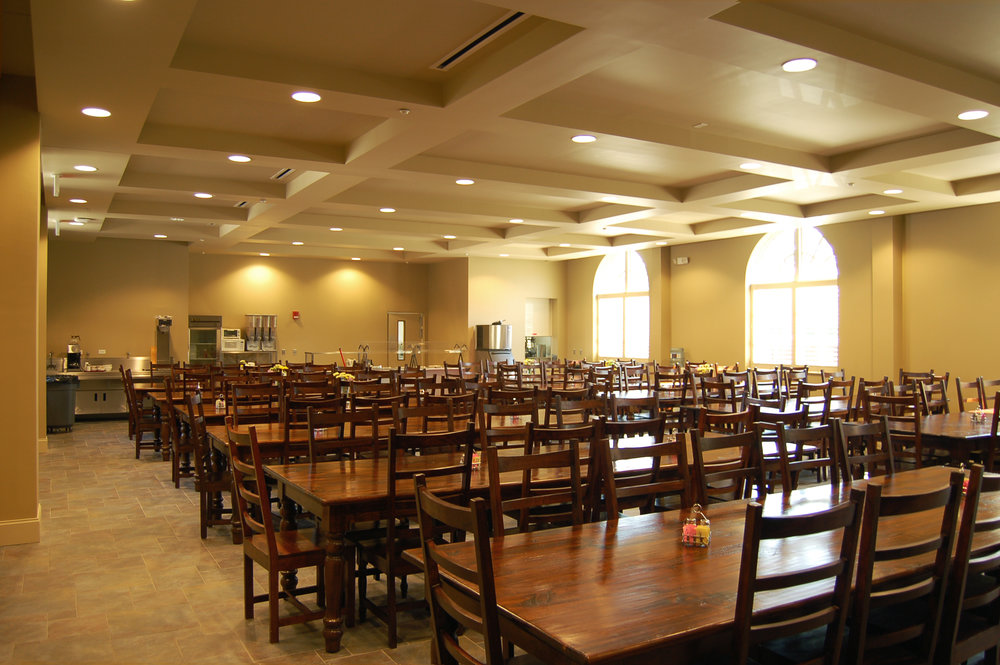 Alpha Tau Omega is a fraternity established in 1865 and started its journey by adhering to Christian values rather than Greek ones.

It has been consistently ranked among the country’s top 10 fraternities in terms of membership and chapter density over the last several years.

In addition to being known as the Fraternity for Leadership Development in America, this group is also known by that name.

They place a significant emphasis on preparing students for leadership duties on various campuses. In addition, it is one of the top fraternities in the United States in terms of training sessions for young people who are still growing.

Check out also: 10 Biggest Beetles & Insects in The World 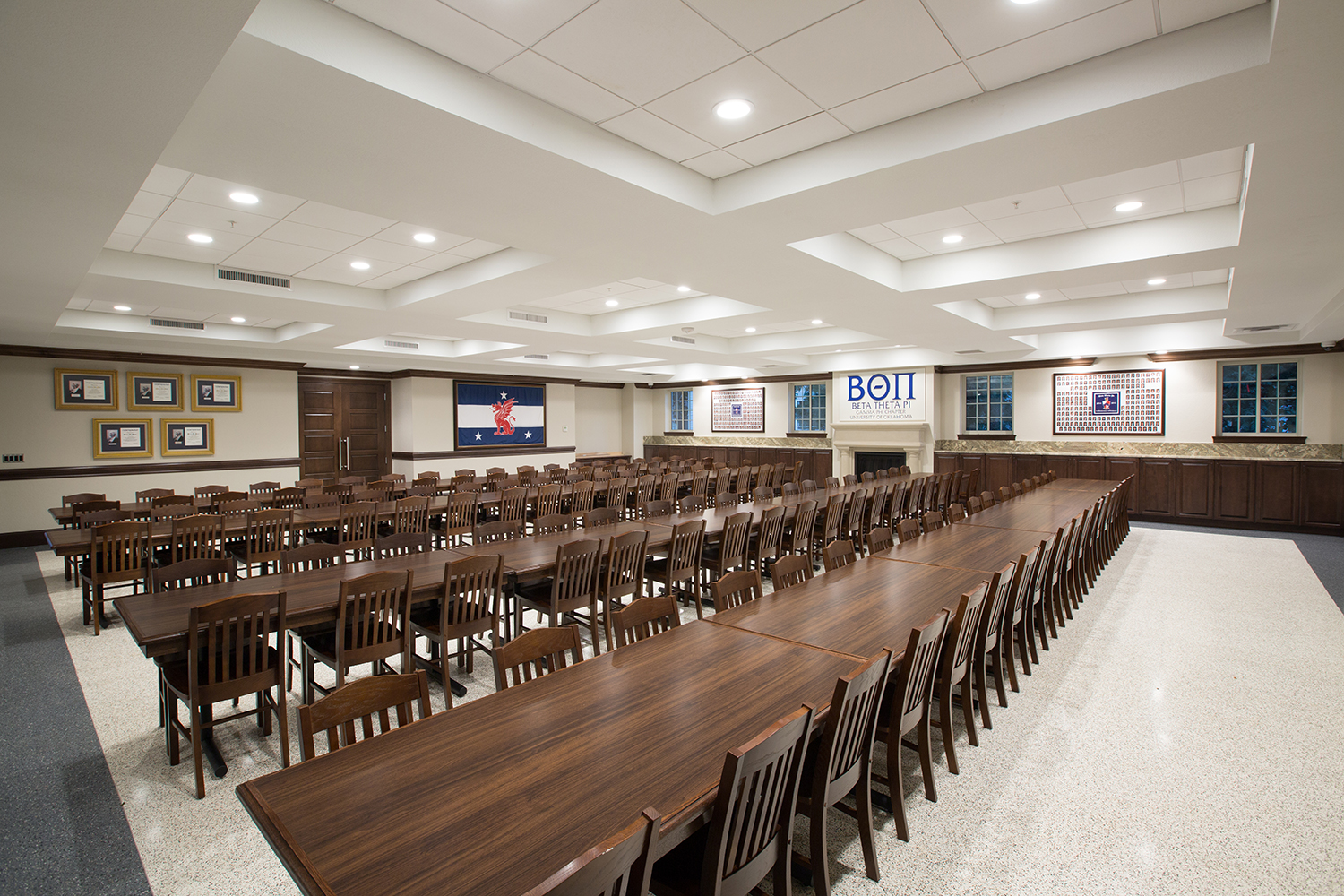 A fraternity known as Beta Theta Pi seeks individuals with an entrepreneurial spirit. The end goal is to cultivate “Men of Principle” who can maintain high moral standards in their daily lives.

Each member must possess some essential characteristics to establish a long-lasting brotherhood connection. These characteristics include integrity, intellectual growth, responsible conduct, and loyalty.

Due to the execution of this goal, our fraternity has established itself in a unique position. In addition, it offers the Men of Principle scholarship to assist students who are not associated with the group but who exhibit the traits that the organization values. 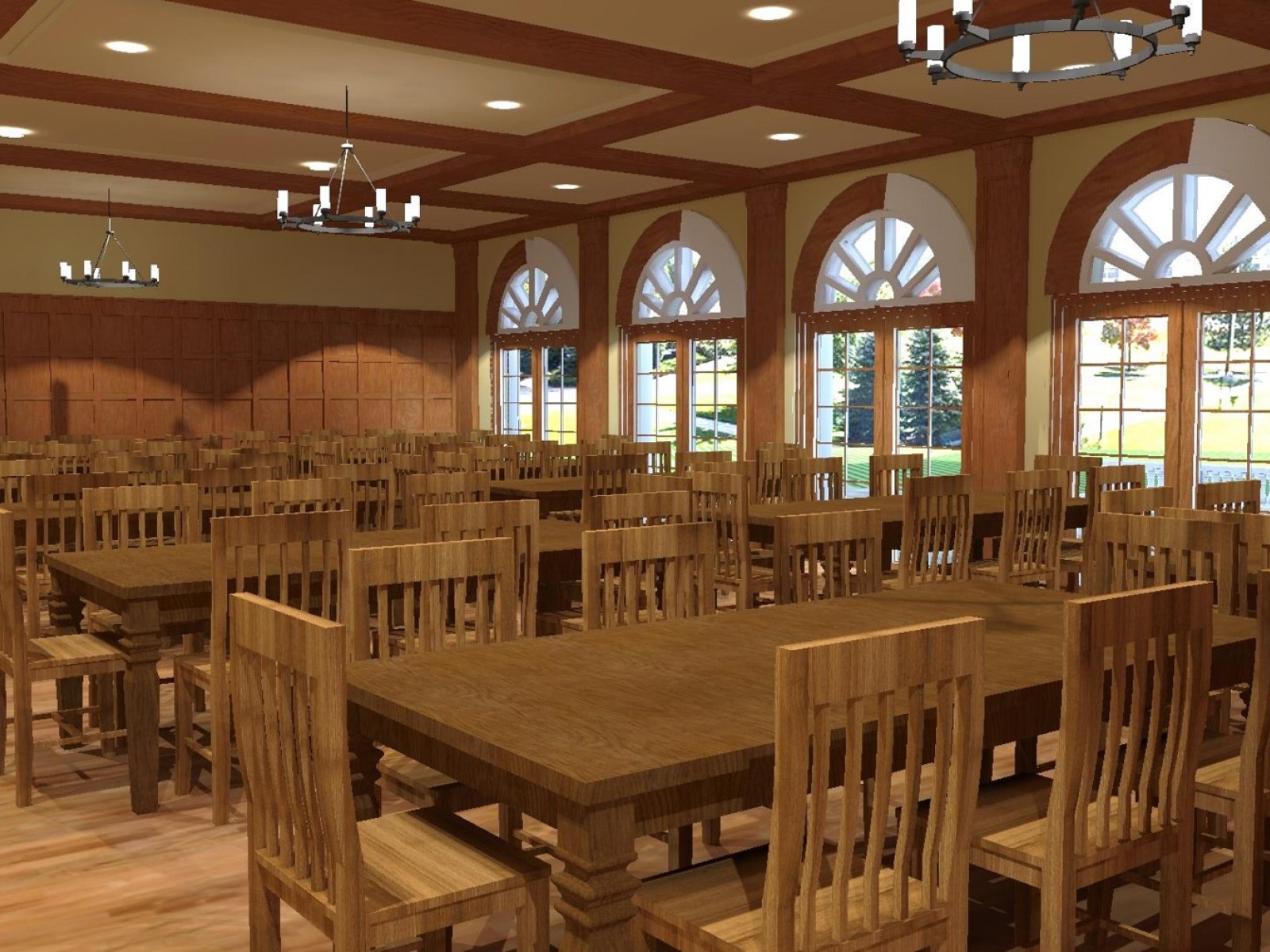 “Excelling with Honor” is the mission of the fraternity Sigma Nu. It instructs gentlemen in the values of respect, honesty, and love to mold their personalities.

Members can build long-lasting connections and have an unwavering dedication to the fraternity. In addition to that, the company is very involved in many other human activities and community service projects. In addition to this, it places emphasis on charity and the enhancement of academics.

However, since its founding in 1869, it has produced remarkable graduates who have contributed to society. 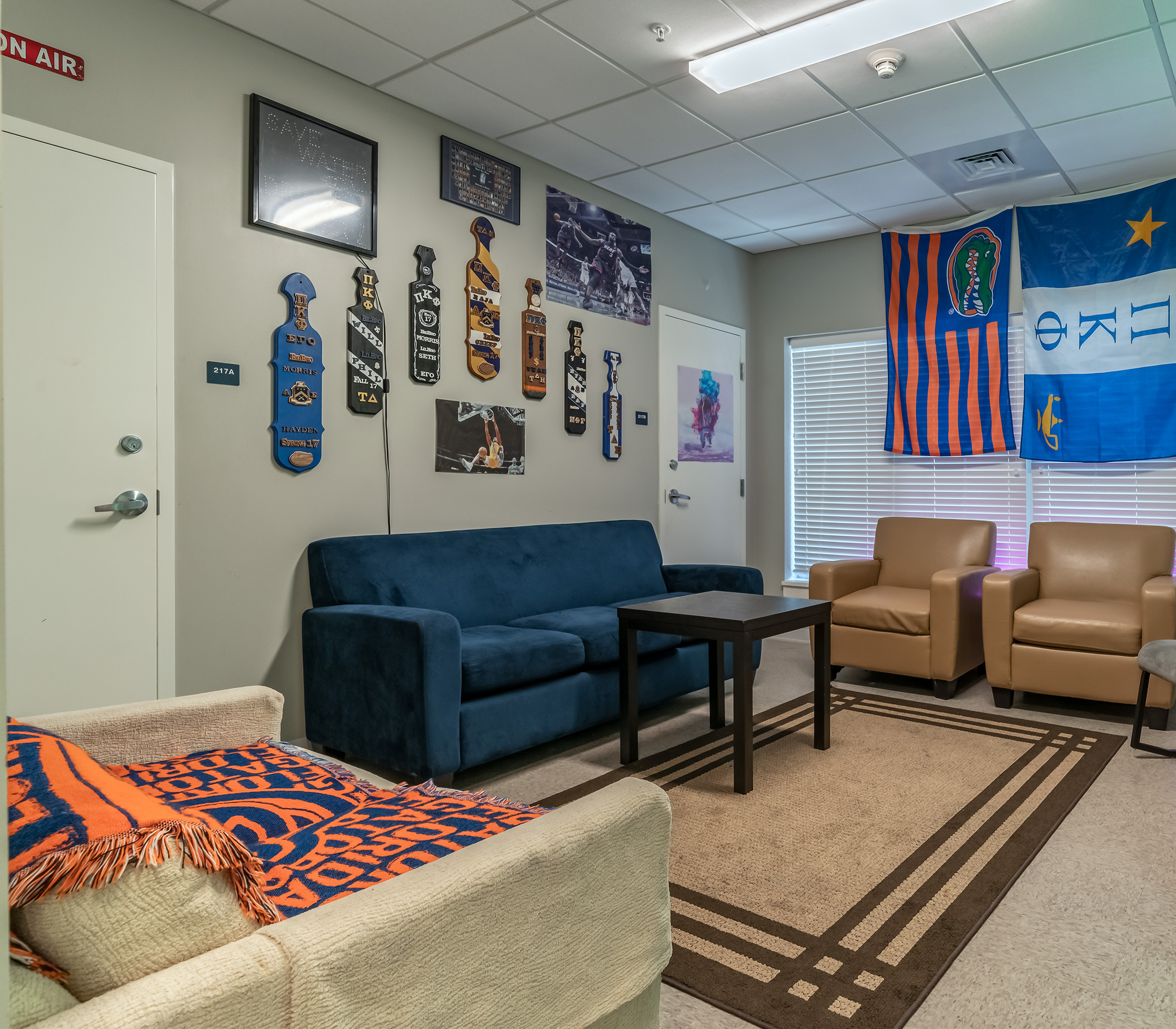 Another prominent American fraternity that is known all over the world is called Pi Kappa Alpha. It emphasizes instilling its members with integrity, a strong sense of morale, and intelligence.

One characteristic that sets this fraternity apart from others is that it allows its members to believe that the work they undertake in whatever capacity is significant.

In addition, it offers tutorials on brotherhood and hosts seminars on the subject for developing new members. The organization’s members get training that will equip them to serve their country and take on leadership roles in the future.

Check out also: Top 10 Most Expensive Pocket Knives In World 2022

Tau Kappa Epsilon is a fraternity established in 1899 to develop “Better Men for a Better World.” To conduct its business, the fraternity bases its decisions on the principles of kindness, regard, and love.

This organization was established to bring about an evolution in how society thinks about males. It places a significant emphasis on one’s own personal development and the enhancement of their character.

The organization’s members have access to a sufficient number of possibilities to cultivate meaningful connections, which may provide them with a boost in both their personal and professional life.

In addition, the fraternity hosts conferences, seminars, and forums geared at assisting members in maximizing their potential for overall personal growth. 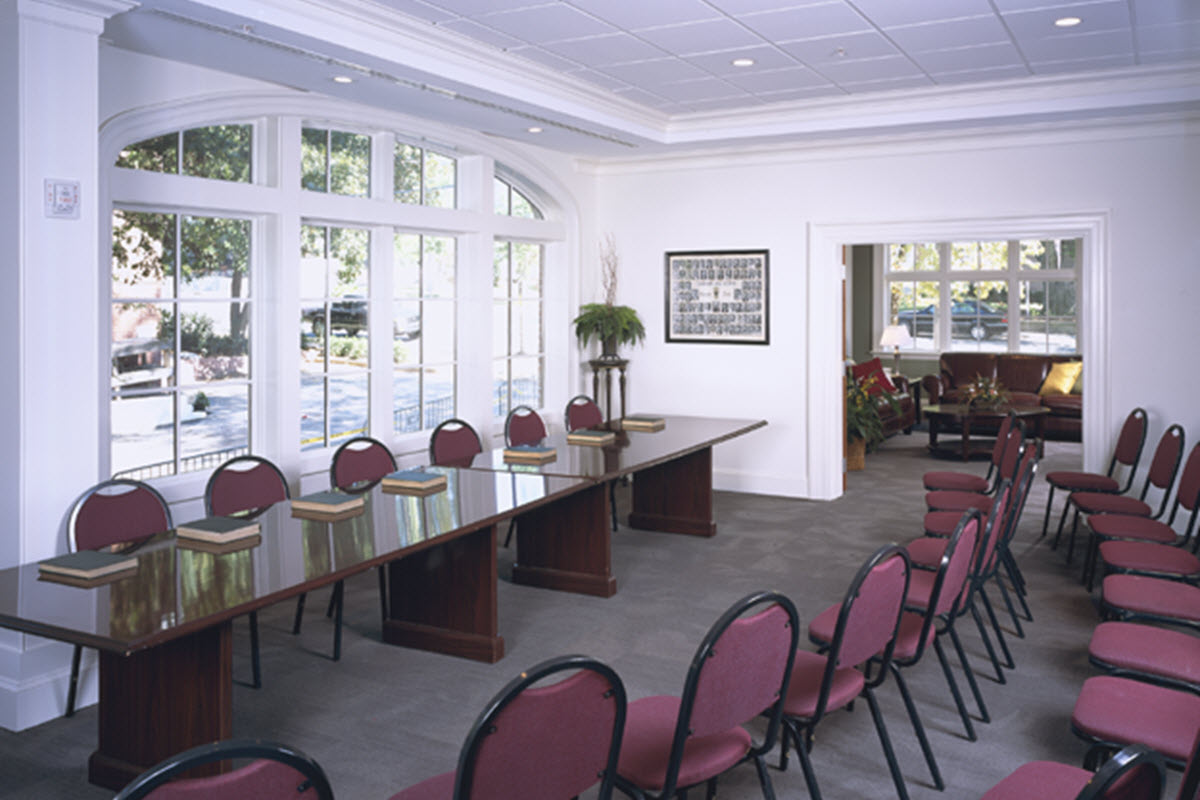 The Lambda Chi Alpha fraternity does not discriminate based on a person’s background and evaluates each member similarly.

This fraternity was founded to assist persons in developing their fundamental abilities by providing deliberate and devoted mentors.

The members of the organization are expected to behave in a way that demonstrates bravery, honor, loyalty, and honesty. These characteristics are also discernible in a variety of the association’s operations, such as the significant performance of rituals and the appropriate recruiting of new members. In addition to this, it encourages members to be diverse. This fraternity organization was created in 1901, and its founding fathers were responsible for laying down specific guidelines for subsequent generations of brothers.

This sorority is well-known for having a significant effect in various domains, one of which was the establishment of educational initiatives such as the Residential Learning Community.

The fact that this fraternity, via its Educational Foundation initiative, offers financial aid in the form of scholarships to undergraduate students who meet the requirements is a significant plus.

In addition, Sigma Phi Epsilon emphasizes the development of its members’ strong character and assists its members in developing interpersonal and leadership skills.

As a consequence of this, the members cultivate strong friendships with one another, which helps the fraternity fulfill its goals.

Sigma Chi was founded in 1855 and has become the second-largest fraternity in the United States. Intending to make life at the institution better for students, it came into being.

Regarding fostering friendships, the fraternity emphasizes how important it is to be truthful and treat everyone on an equal footing. Every single member gets the ability to openly communicate their thoughts, ideas, and opinions.

In addition, the established ideals of the fraternity rely on the pillars of justice, study, and brotherhood. They focus on the individual’s potential for personal progress by providing them with the appropriate coaching.

The organization also sows the seeds of volunteering within its member base by hosting leadership seminars, workshops, and other activities.

Because it is the oldest fraternity, Sigma Alpha Epsilon has a more prominent position in the annals of history. This organization is recognized for being the first to implement a program in higher education that teaches leadership.

Additionally, it led a campaign that was centered on prohibiting the use of alcohol at college functions. The individuals who are a part of our organization extend an invitation to participate in learning and growth opportunities to any and all male students.

This community provides various opportunities for members to continue their education daily, such as the Education Program for Phoenix Members.

In addition, it makes the process of recruiting new members, awarding awards, and holding learning sessions amongst brothers simpler.

In addition, every member makes significant contributions to many other voluntary activities. They do this by organizing growth seminars, engaging in recruiting initiatives, etc. They share their experiences.

Top 10 Most Expensive Laptops In The...