Jamaica is an island country in the Caribbean that is located between the Caribbean Sea and the Atlantic Ocean. It has a total land area of 10,990 square kilometers and is considered one of the world’s biggest islands.

Reggae music’s rise to popularity is largely responsible for this nation’s ascent to international prominence. Bob Marley, a well-known reggae musician, was born and raised in this area of Jamaica.

There was a 0.7 percent increase in Jamaica’s gross domestic product, bringing the total to 15 billion dollars. It is believed that 4.8 million people are living in the nation, and the unemployment rate is somewhere in the neighborhood of 12.2 percent.

Most of Jamaica’s annual foreign currency is generated from tourism and remittances from Jamaicans living abroad. The only issue Jamaica has is the high percentage of unemployment, which leads to a rise in the overall rate of crime in the nation, which in turn causes problems like advanced fee fraud and gang violence.

Despite the Jamaican economy’s state, the country is home to many wealthy and powerful individuals. It is a well-known truth that a wide range of musical artists in Jamaica and successful businesspeople are financially stable.

In this piece, we will examine the top 10 wealthiest Jamaicans in the world and their respective net worths. Our focus will be on the Jamaican diaspora in 2022. 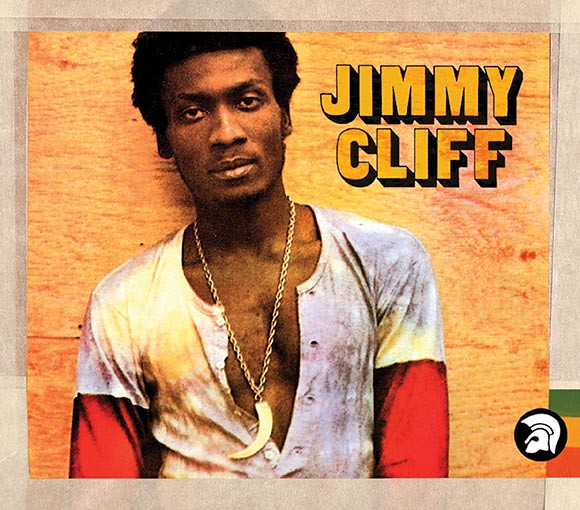 Jimmy Cliff, OM, is the only living artist awarded the Order of Merit. On April 1st, 1948, he came into the world in the Somerton area of Jamaica.

He is famous in Jamaica as a singer, actor, and multi-instrumentalist, as well as a reggae guitarist and actor. Some of his most renowned songs are “Wonderful World, Beautiful People,” “Hakuna Matata,” “Reggae Night,” “You Can Get It If You Really Want,” “I Can See Clearly Now,” “The Harder They Come,” and “Wild World.”

In addition, Jimmy has made appearances in movies including “The Harder They Come” and “Club Paradise.” Additionally, in 2010, he was one of only five musicians inducted into the Rock and Roll Hall of Fame. With a wealth of 18 million dollars, Jimmy is considered to be one of the wealthiest persons in Jamaica in the year 2022. 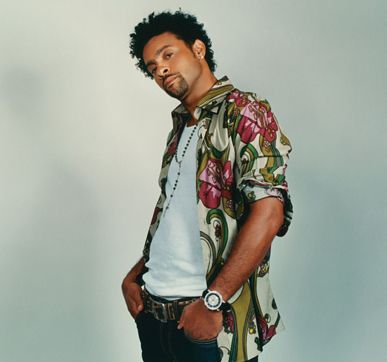 Orville Richard Burrell CD performs under the moniker Shaggy, his stage name. He is a deejay as well as a reggae singer, and he is Jamaican and American at the same time.

On October 2nd, 1968, he was born in Kingston, Jamaica. Hit tracks by Shaggy include “Oh Carolina,” “It Wasn’t Me,” “Bombastic,” and “Angel.” Shaggy is well-known for his musical career.

As of the year 2022, he has a net worth of 22 million dollars, which places him in the position of being the second-richest Jamaican artist in the world. He is also one of the Richest People in Jamaica 2022. 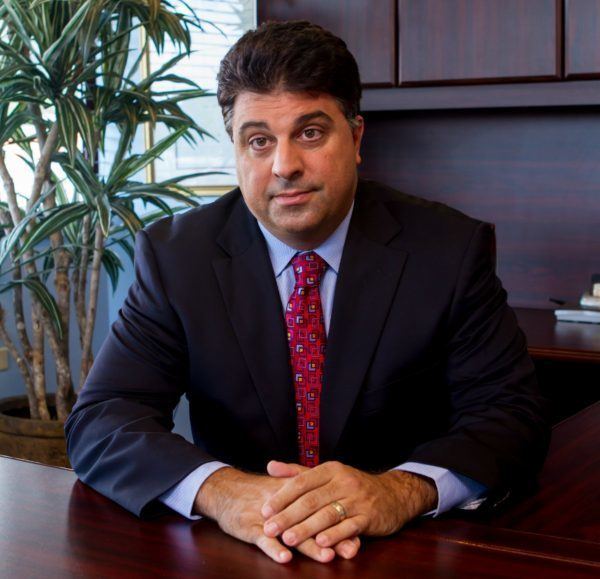 He started Cool Company, which eventually grew into a multibillion-dollar conglomerate of more than 50 different companies.

Issa is credited for introducing the concept of an all-inclusive resort to Jamaica more than three decades ago. It is estimated that he will be one of the wealthiest people in Jamaica in 2022.

He came up with the concept during a tourist downturn in the 1970s when many hotels were having trouble making ends meet. It was, and still is, a tremendous amount of success.

In addition to this, he is deeply committed to fostering educational opportunities for members of the community, particularly those who come from disadvantaged backgrounds.

He said that since he was born into a privileged household, he could not fathom what it would be like to have to attend school without a lunch or books.

Check out also: Top 18 Popular Soap Brands In The World 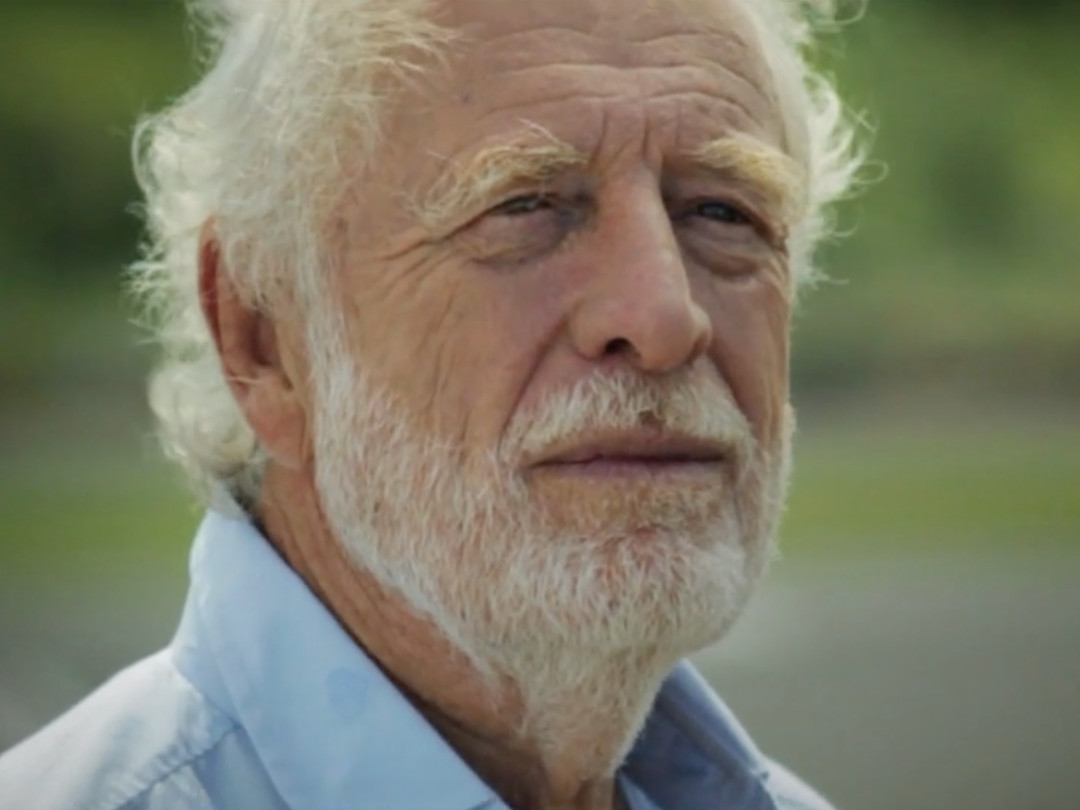 He was born into a rich family that got their start in the sugar and rum business in Appleton, Jamaica. It has been almost half a century since he first established himself as a music magnate.

As part of his rapid ascent, he was responsible for spreading reggae music to the rest of the globe. He worked with various artists during his career, including Ike and Tina Turner, Bob Marley and the Wailers, Burning Spear, and Black Uhuru, among others.

He also established the Golden Eye Film Festival, which recognizes and celebrates the achievements of Jamaicans in the arts and music. He started both of these companies.

In recognition of his significant impact on Jamaica’s film industry, he was awarded the Order of Jamaica in 2004. The Blackwell family is the source of inspiration for the moniker “Blackwell Fine Jamaican Rum.”

Blackwell is the current CEO of Island Outpost, a conglomerate that manages a collection of resorts in the Caribbean island nation of Jamaica and the Bahamas.

According to various financial publications, Chris Blackwell is reportedly one of the wealthiest individuals in Jamaica 2022, with an estimated net worth of 180 million dollars. 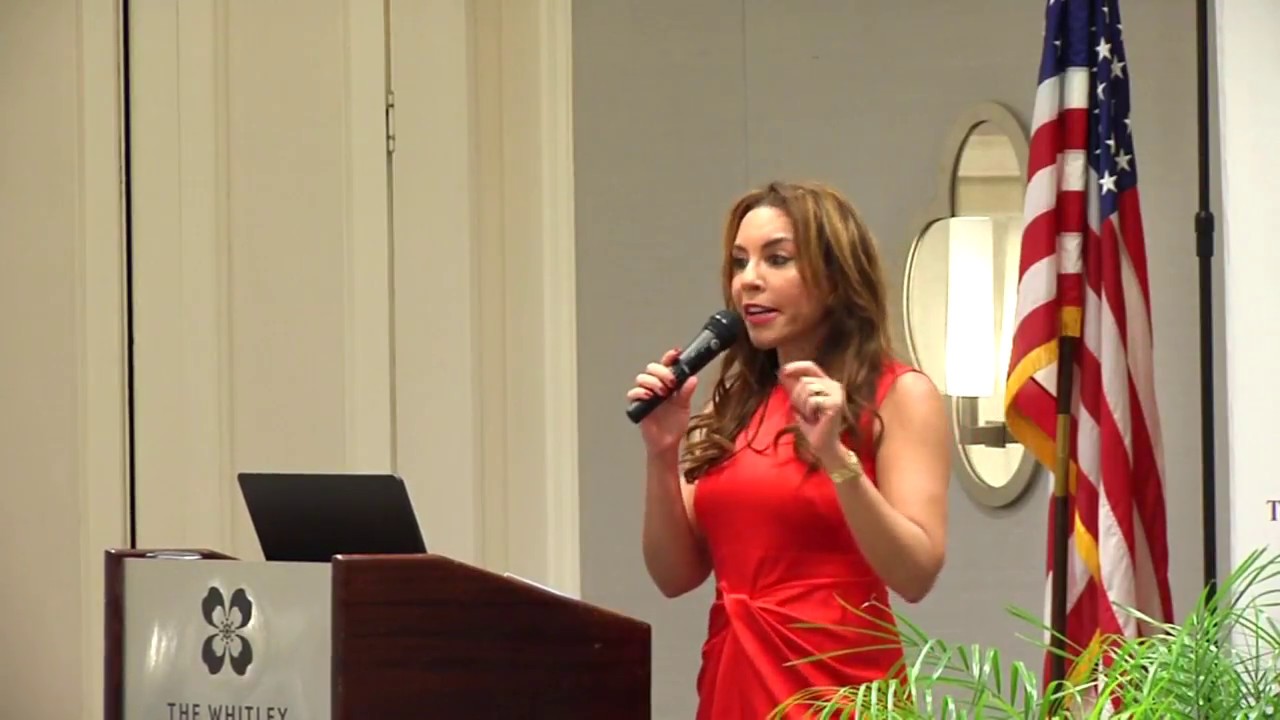 Paula is a prominent person in Jamaican culture because of her work as an attorney and philanthropist. Together with her husband, Mark, she is aiming to expand the city of Montego Bay’s tourist industry.

Two months ago, they made a proposal for a partnership project that would cost multiple billions of dollars and include the construction of 1,200 new homes, a 48-acre technology park with massive space for information technology that would support 30,000 jobs, and a recent University of the West Indies with room for up to 10,000 students.

The project is anticipated to generate an investment value of $500 million. Her great-grandmother, Marion Louise Reece Bovell, made history in Jamaica in 1944 by being the first woman to run for office as an independent candidate in the country’s general elections. The Kerr-Jarrett family is married into the Jarrett family; hence they are connected to them.

Check out also: Top 15 Expensive Shoe Brands In The World 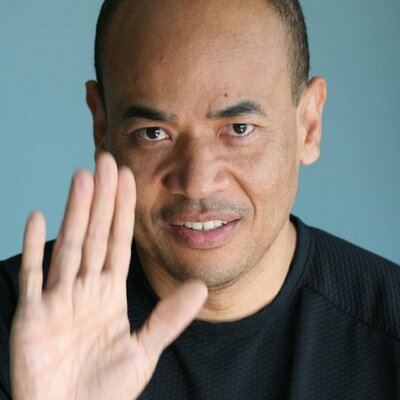 In addition to his role as chief executive officer of Super Plus Food Stores, Wayne Chen is a primary mover and shaker in the significant growth of the retail sector in Jamaica.

At least 30 locations of the prominent retail chain known as Super Plus can be found on the island.

He is considered one of Jamaica’s wealthiest people in 2022. In addition to his other responsibilities, he is the chairman of NCB Insurance Co. Limited and the West Indies Trust Co. Limited. 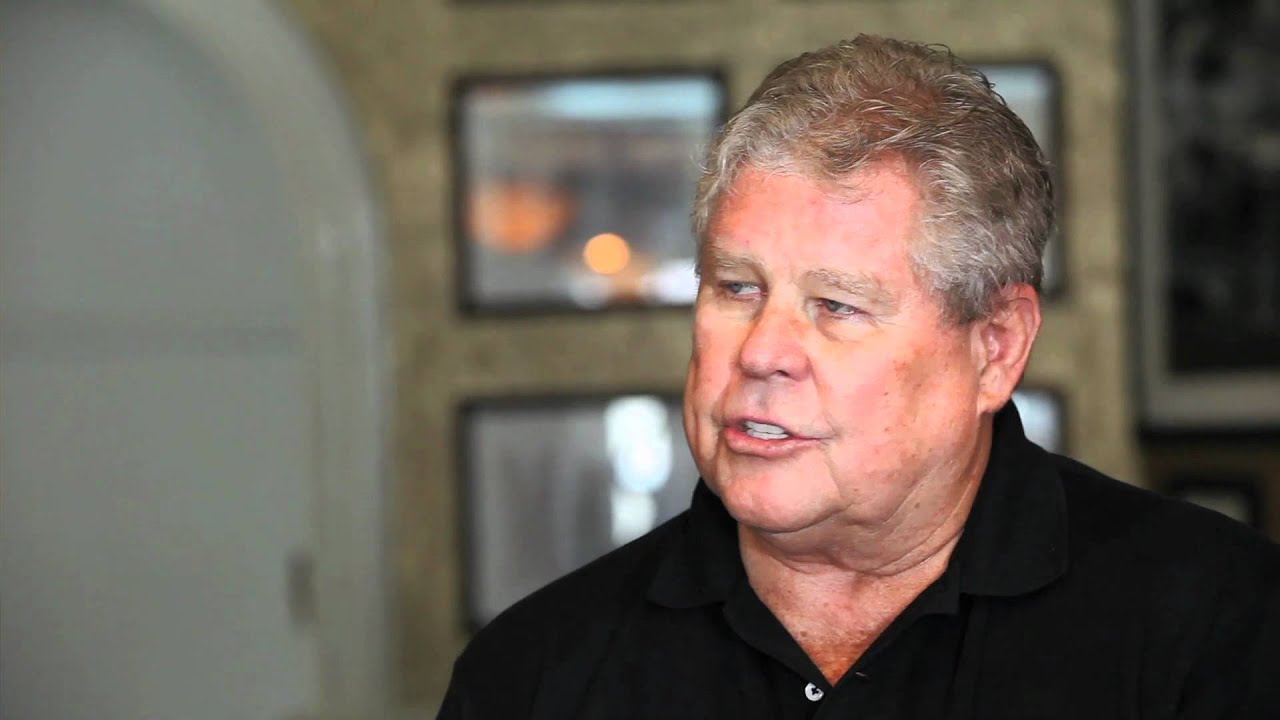 Sandals Resorts International, The Jamaica Observer, and more than 20 other businesses that are part of the Appliance Traders conglomerate, one of the largest private-sector conglomerates in the Caribbean, are all under Stewart’s chairmanship.

Stewart is also the chairman of the Appliance Traders conglomerate. Stewart’s net worth of one billion dollars places him among the top 10 richest people in Jamaica in 2022.

At the age of 12, he took out a loan on his father’s fishing boat and began operating a business in which he sold the fish that he had caught that day and transported wealthy and renowned people between their moored ships and the harbor front.

He claims that he understood the fundamentals of success during that period. 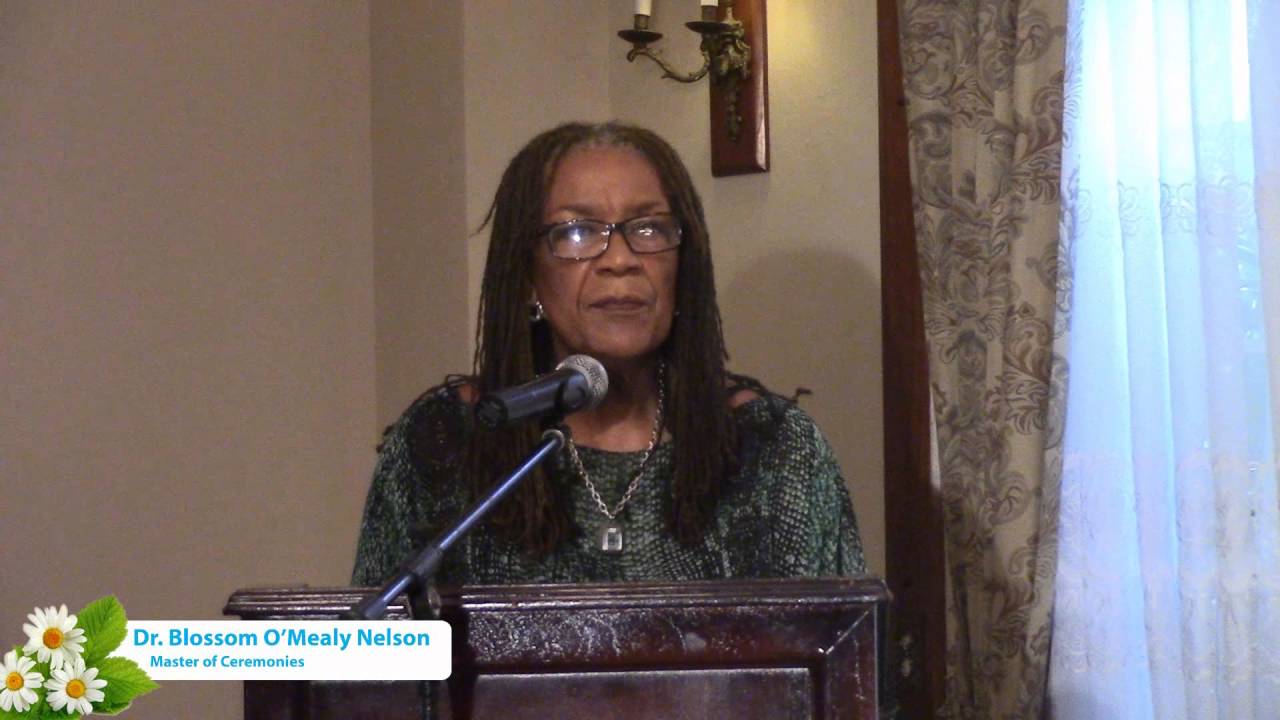 In Jamaica, O’Malley-Nelson is the first woman to hold the position of Postmaster General. She previously held the provost and chairman of the Council at the University of Technology (UTECH).

Check out also:  Top 15 Most Beautiful Teenage Actresses In The World

O’Malley-Nelson has amassed an excellent body of work in the public sector, and she is now beginning to make a name for herself in the private sector via her involvement with the family-owned logistics company Aeromar Group.

She is one of the wealthiest people in Jamaica 2022 and holds the title of the richest lady in the country. 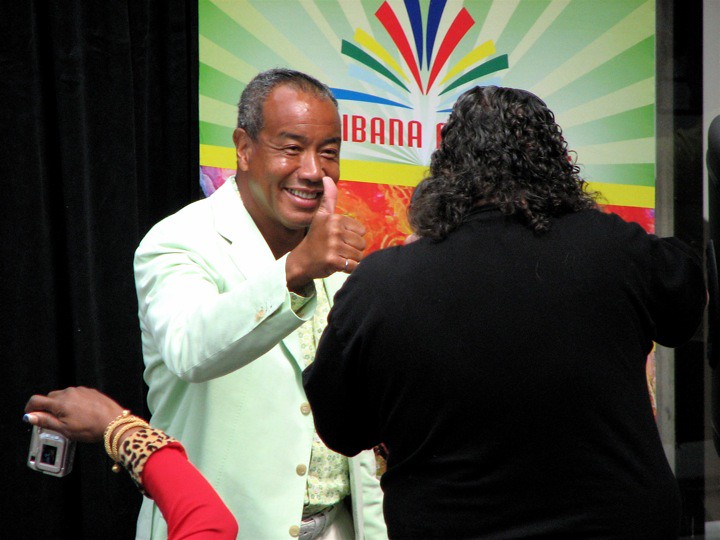 He started his career as a road engineer for the Jamaican government, and after working his way up through the ranks, he became the chairman and founder of Portland Holdings, a successful privately-owned investment firm in the Caribbean.

He amassed his wealth all by himself, and today he is worth a billion dollars. In addition to his role as executive chairman of National Commercial Bank and AIC Limited, Lee-Chin also serves in this capacity.

Lee-Chin, who is of Jamaican and Canadian descent, was born in Port Antonio, Portland Parish, Jamaica. He is a shareholder in the National Commercial Bank of Jamaica and Total Finance in Trinidad and Tobago.

According to Forbes, his personal real estate portfolio includes houses in Canada and Florida and 250 acres of oceanfront property in Ocho Rios, Jamaica.

Despite having a net worth of $2.5 billion in 2005, he has not been included on Forbes’ list of billionaires for the last four years. 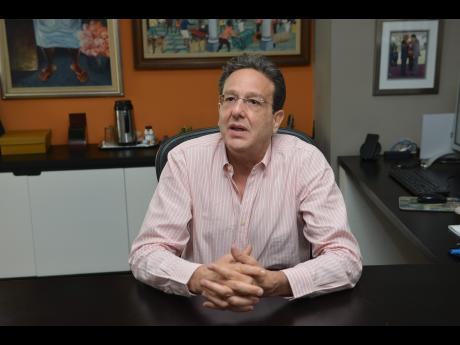 Matalon is one of Jamaica’s most influential people in the business world. He comes from a family with a long history of establishing themselves as prosperous entrepreneurs.

He presides over the Jamaican investment holding corporation, the ICD Group, as its chairman. Over more than 20 years, his skills and experience have been put to use in a variety of organizations, namely in the fields of transactional finance, investments, and banking.

With a total wealth of $3.6 billion, Joseph Matalon is undoubtedly the richest individual in Jamaica in the year 2022.

He is now the president of the Private Sector Organization of Jamaica, in addition to his roles as chairman of the British Caribbean Insurance Company and the Development Bank of Jamaica (PSOJ).

Additionally, he serves as a director for the Gleaner Company and the Commodity Service Company, and he formerly served in the same capacity for the Bank of Nova Scotia (Jamaica Limited).

In addition to this, he has served as a member of a variety of ad hoc groups that provide advice to the government on a variety of financial and economic issues.

Top 30 Best Fashion Designers In The...

Top 10 Most Expensive Restaurants In The...