When we were young and somewhat enamored with cartoon characters, some of the happiest days of our lives occurred. Cartoons may appear like a harmless pastime, yet they are the reason we were able to get so much knowledge about life.

Female Cartoon Characters are often shown as attractive, even to the point of having minimal clothing on display. They have been condemned for contributing to the perpetuation of the concept that women are something that should be seen.

These people are often placed in absurd settings to enhance the story’s humorous value or highlight the “charms” of the protagonist.

The importance of imparting life lessons to children through cartoons has been underlined because they are quite responsive at a young age.

Regardless of what kids learn at this age, they retain it in their minds for the rest of their lives. Even though cartoons initially focused on fun, the demand to show women in more complex roles emerged.

This resulted in the birth of numerous female cartoon characters that we will always love. Many of them include: 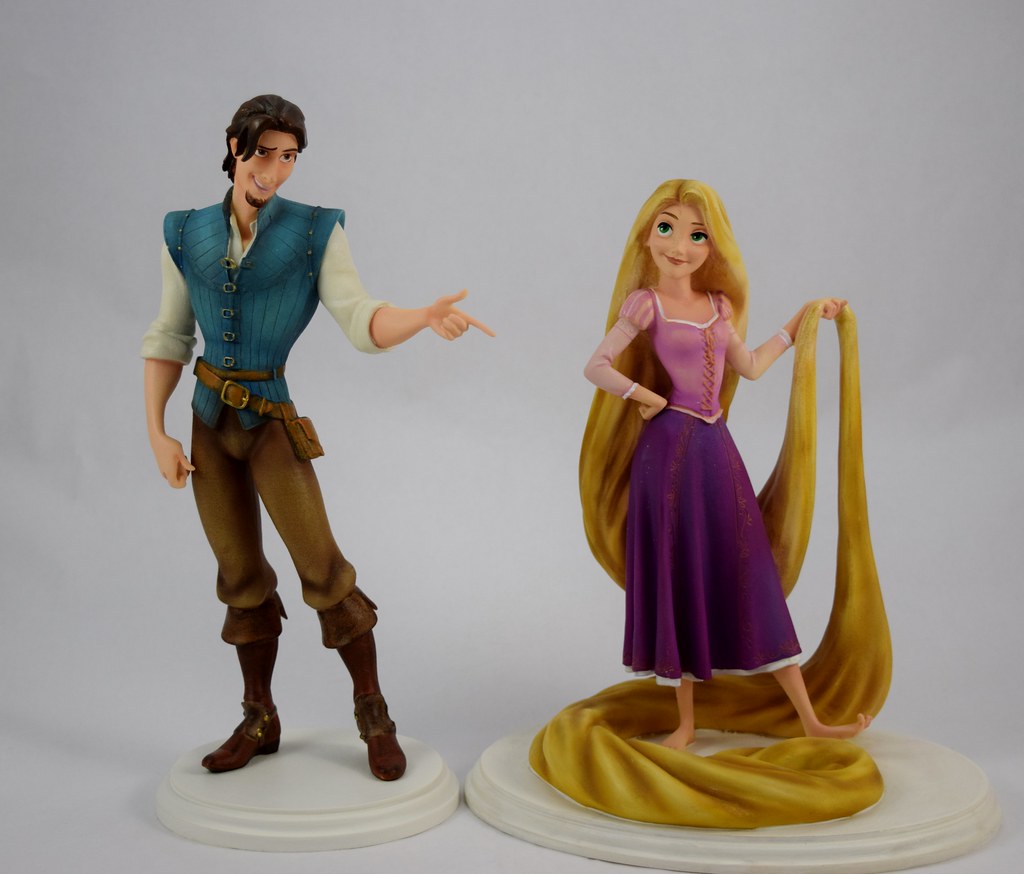 One more of Disney’s princesses also happens to be a fan favorite among many people. She spends most of the story locked up in a tower isolated from the rest of the world by the villain, but with the assistance of Flynn Rider, a thief, she is eventually able to get free and discover the truth about who she is.

Every single one of her qualities, beginning with the extraordinary length of her hair and continuing up to the bravery she displays while confronting her wicked mother, is admirable.

Female characters in cartoons must be portrayed accurately. Children develop into adults who live with the characteristics they imbibe from the content they see in their formative years.

The aim is to eliminate gender-based preconceptions right from the start. Young children will see an increase in their capacity for optimism due to the modernization of classic characters and the production of cartoons featuring powerful new female characters. 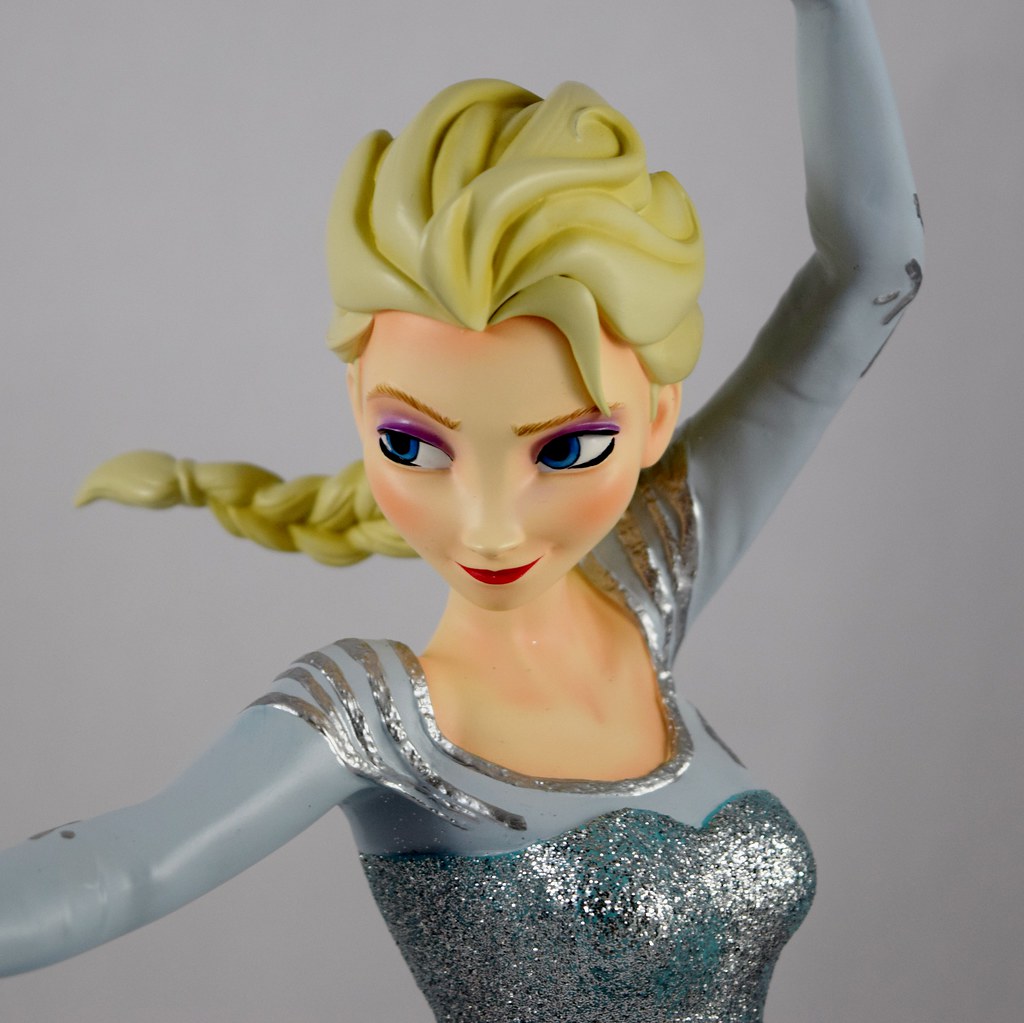 It is possible to refer to “Frozen” as “that one Disney movie” that is being acclaimed as the “haven” for feminists. Elsa is undeniably one of the most powerful princesses in the history of Disney.

She is capable of making ice out of thin air. In the first section of the movie, a song called “Let It Go” demonstrates how she is ready to let go of the idea of being a nice girl who is always expected to act in a certain manner. 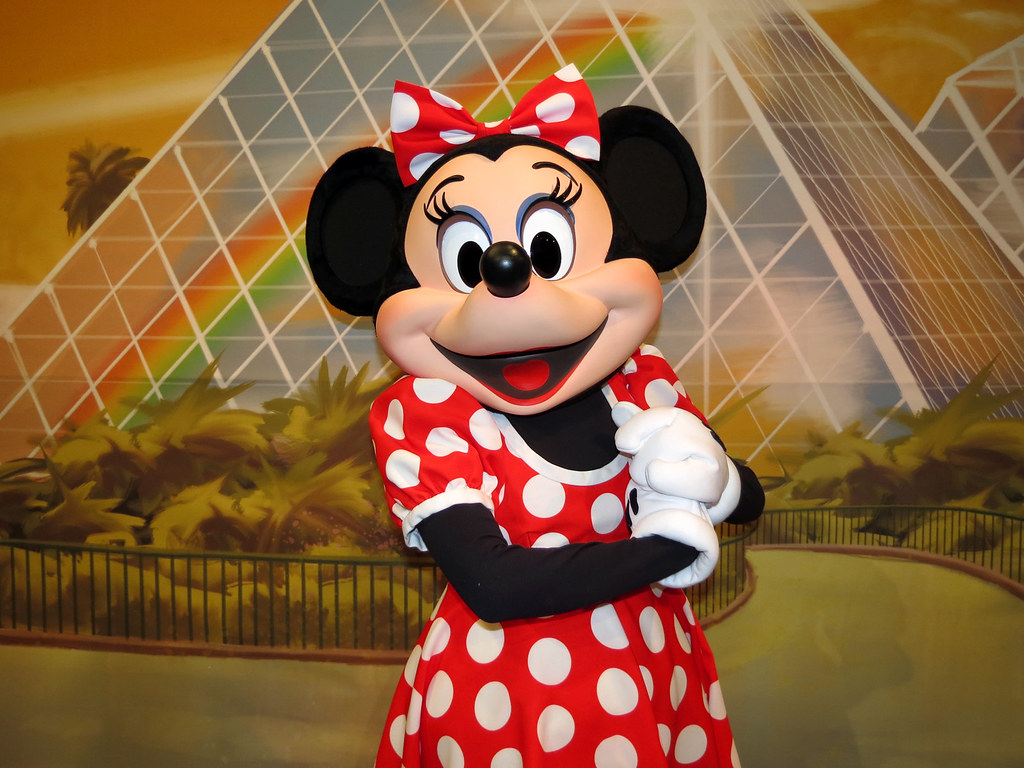 It is impossible to conceive a list of iconic female cartoon characters and leave her off the list. She was initially designed to be Mickey Mouse’s love interest, and in addition to being adorable, lively, and musical, she also has a great sense of humor.

She lacks a compelling personality and has a significant amount of reliance on Mickey. However, the creators of subsequent versions attempted to alter both aspects of her personality.

Check out also: Top 10 Richest & Successful Guitarists in The World 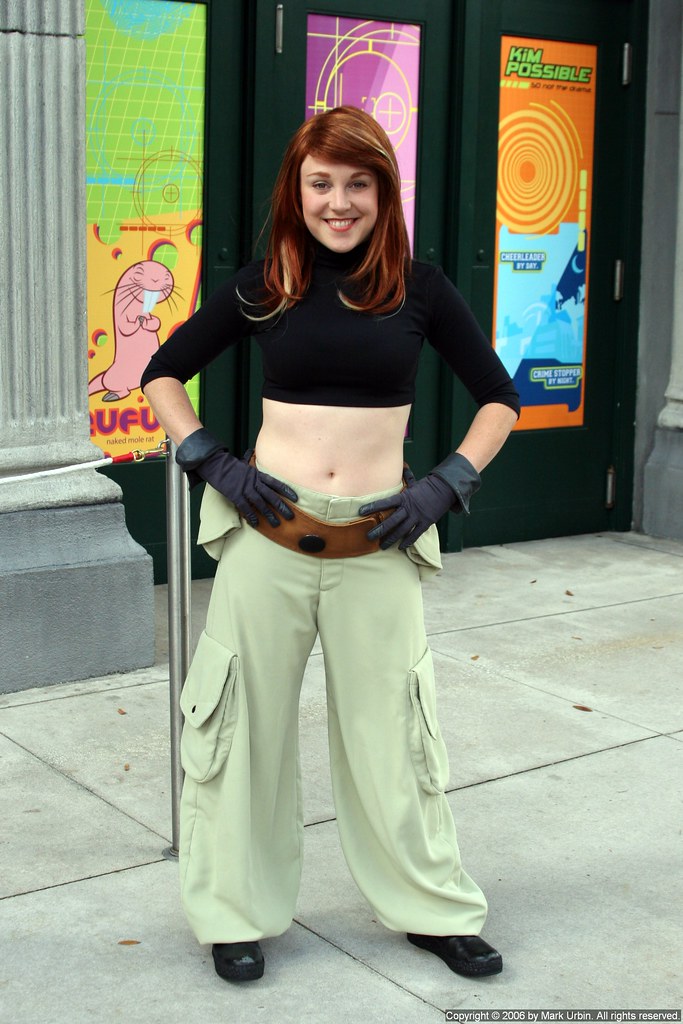 Nothing was out of the question for ‘Kim Possible,’ whose mission was to rid the globe of all forms of criminality. 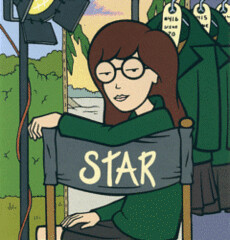 The television program “Daria” from the 1990s featured a feminist character named Daria, who defied society’s standards and did not hold back when voicing her ideas.

The very cynical girl, whose lifelong mission was to avoid becoming like her parents, served as a timely reminder to the audience that maintaining a critical attitude toward life is not always a negative trait to possess. 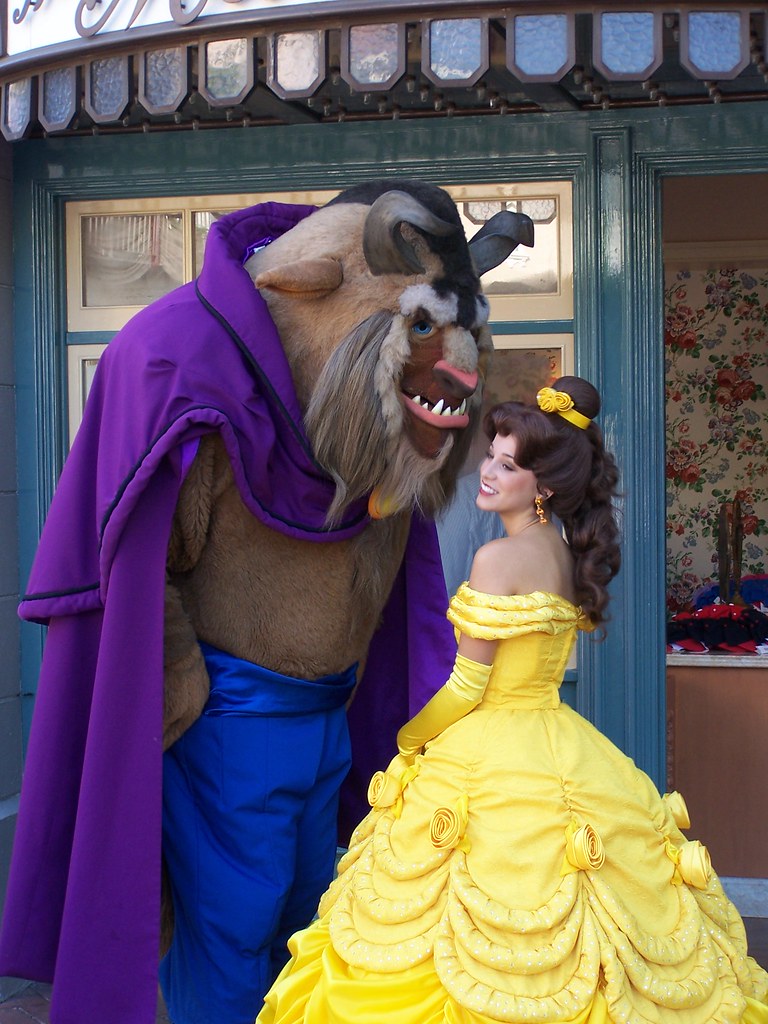 The well-known and much-loved character Belle originated from the story “Beauty and the Beast,” which is still read and watched today.

The character of Belle was one of those self-assured people who never missed an occasion to boast about how special she was.

She made it obvious that she did not belong in the same group as the “small people.” She disapproves of the chauvinistic notion of marriage and desires something more than unpaid job responsibilities. 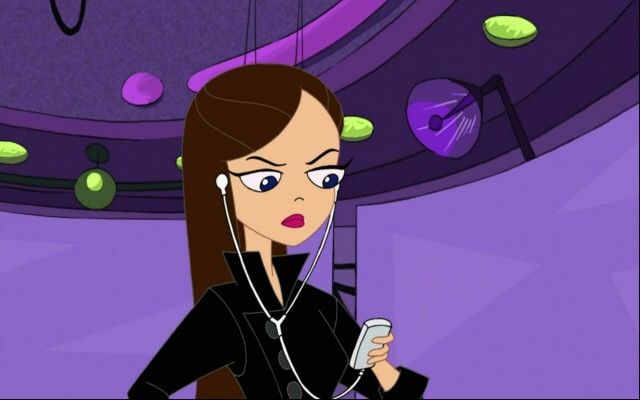 In the television show ‘Phineas and Ferb,’ she plays the role of a villainous character. Even though she is a person with a terrible character, she has a powerful personality, is sardonic, and is highly intelligent.

Her primary objective is to facilitate her family’s social life development. She starts as a character with no particular traits but discovers that she has to be a negative one over time. 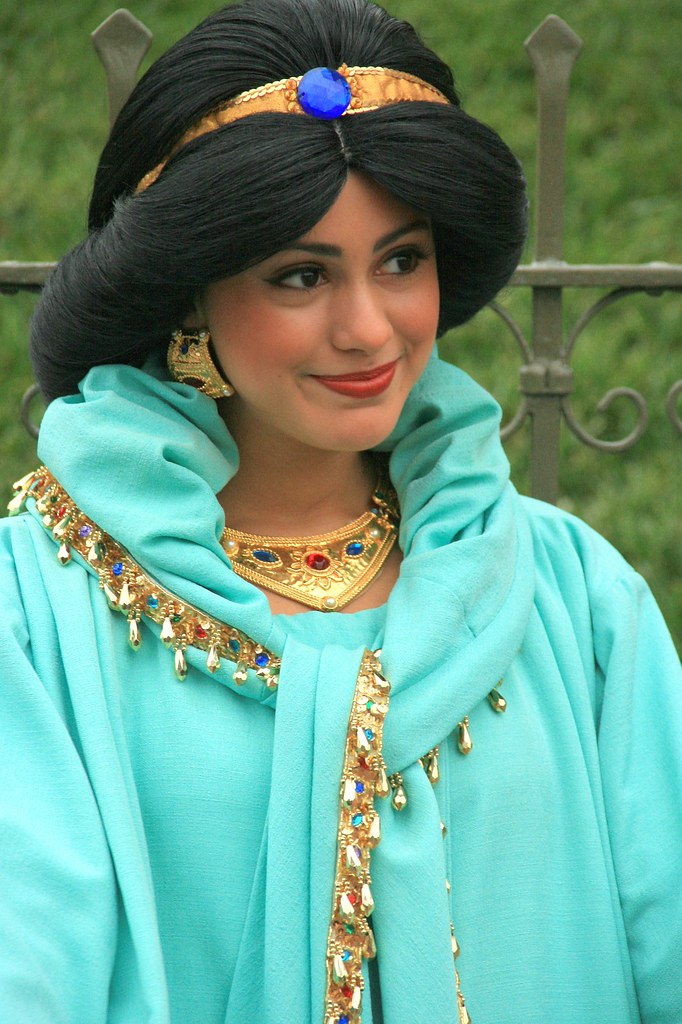 Princess Jasmine from “Aladdin” is widely regarded as one of the most iconic examples of female cartoon characters.

Princess Jasmine is not particularly tolerant of the rules of her nation since she has been informed that she is meant to be hidden from the eyes of others and that she is expected to be married off to a Sultan.

A rather ancient narrative called “Aladdin” isn’t free from the gender stereotypes of women waiting for powerful males to save them from their predicaments, even if the story is quite old. 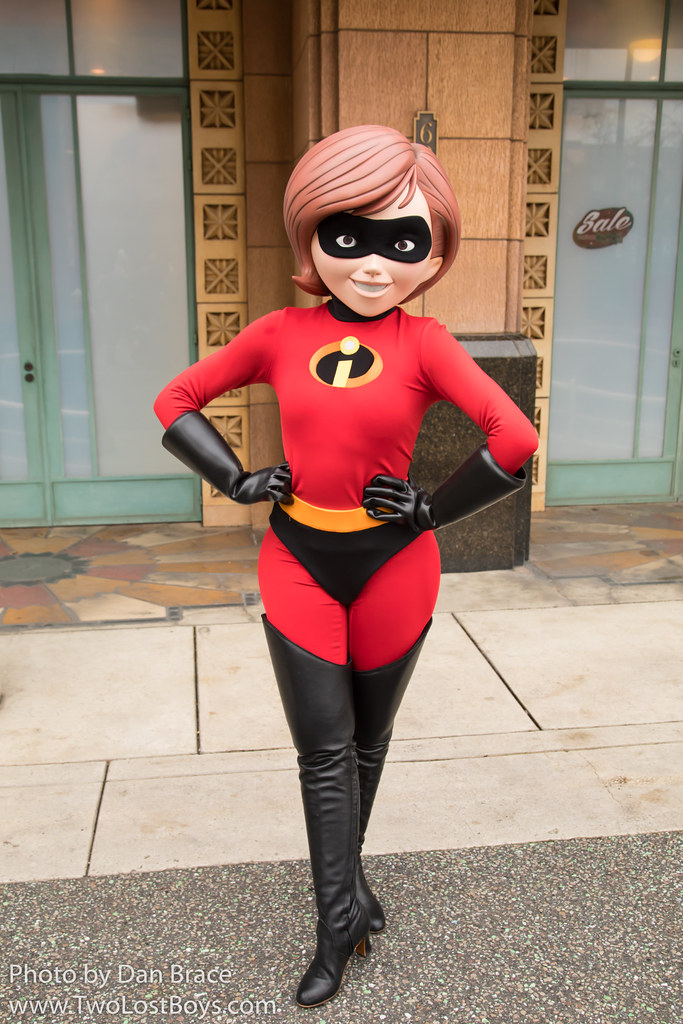 Helen exhibited the trials and heroism of a heroine who was expected to stop the plots of great villains while also being a mother to three children in the “The Incredibles” series.

She is also known as Elastigirl or Mrs. Incredibles, and these names refer to her. Although overdone, her role represented the hardships that a mother who works outside the home faces. 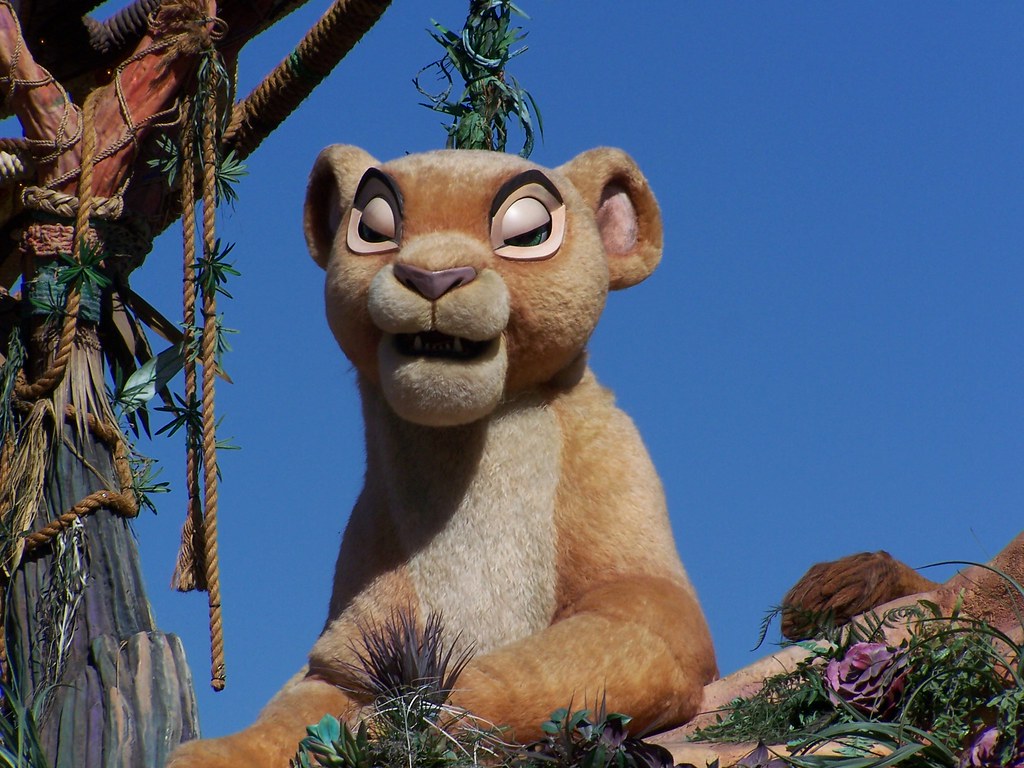 Who doesn’t have a soft spot in their heart for Nala from “The Lion King“? She was the type of friend that every one of us needs, as she stood up for Simba, defended him, and eventually helped him see that his role as king is essential.

And very often, Nala is the one who thinks up answers that are superior to those that Simba has! 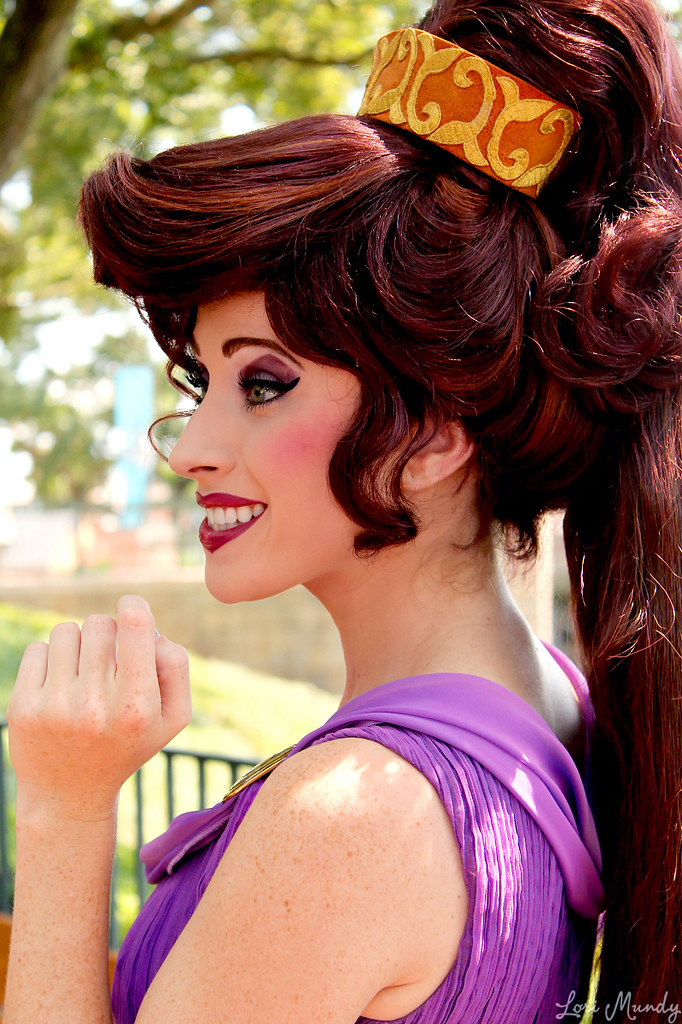 She was the main female character in the Hercules animation, also known as Meg, produced by Disney. In general, the attributes that were attached to her were those that were allocated to male characters.

She is aggressive, snarky, smart, and manipulative all at the same time. Meg was on a moral spectrum that was distinct from the other female Disney characters, who were either entirely good or utterly bad. 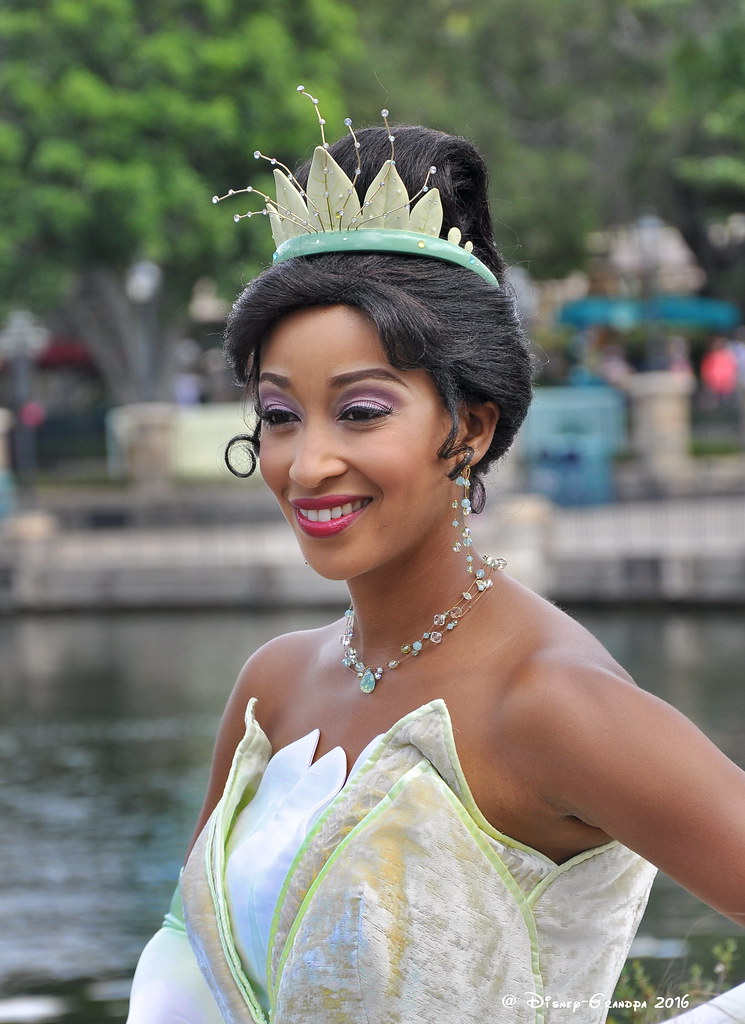 Tiana was a powerful female heroine in the movie “The Princess and the Frog,” even though the fundamental premise appeared to indicate differently.

The movie was based on the fairy tale “The Princess and the Frog.” Tiana was a girl who wanted to create and operate a restaurant all by herself.

Therefore the concept of a female waiting for a prince to come along and transform her life was rendered moot once it was revealed that she intended to do it.

She eventually finds true love with a prince, who she subsequently teaches how to cook for. 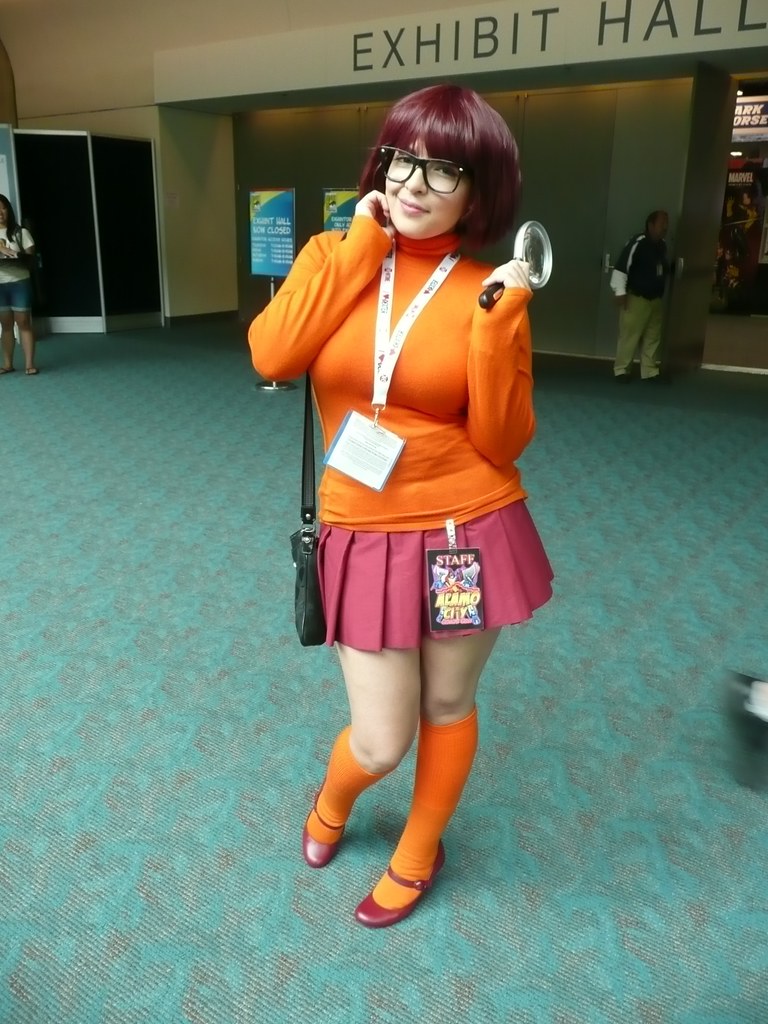 She is the one who comes up with all of the “Scooby-Doo” mysteries. She has a high level of intelligence and exhibits a significant curiosity about scientific topics.

She is shown as a cartoon character who aspires to have a successful profession, is intelligent, and keeps her ideas to herself until she has evidence to support them. The youngsters might learn a great deal from Velma about life from her. 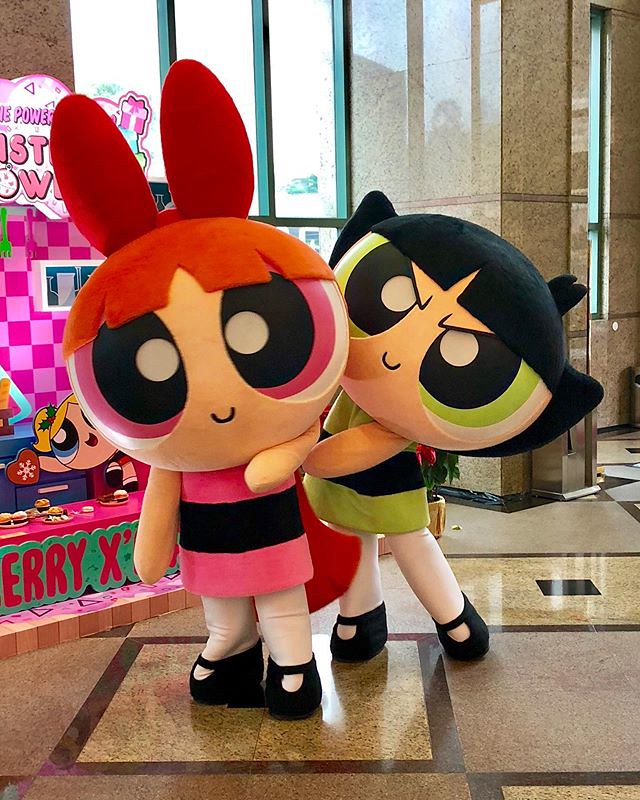 In the animated television series ‘Powerpuff Girls,’ the character Buttercup is shown as being the most formidable of all the female protagonists.

She is just five years old, but she isn’t afraid to tell you exactly what’s on her mind, and she can be rather explosive at times. She may have a powerful physique, yet she still maintains her femininity. 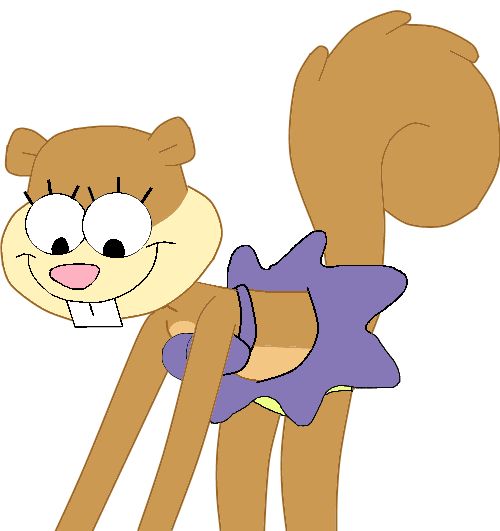 She is a cartoon character that appears in the show “Spongebob Squarepants,” which is an incredibly well-known television series.

Sandy Cheeks is a formidable figure in the program, even though most viewers know the series for its depiction of two male best friends.

She is revered for a reason, even though she is regarded as an equal to the other characters even though she is a female. While it is possible to argue that that is the nature of the presented town, it is also clear that this is the case.

She has a powerful personality and is driven to succeed, as seen by the fact that she was able to triumph against Plankton, another powerful character on the program. 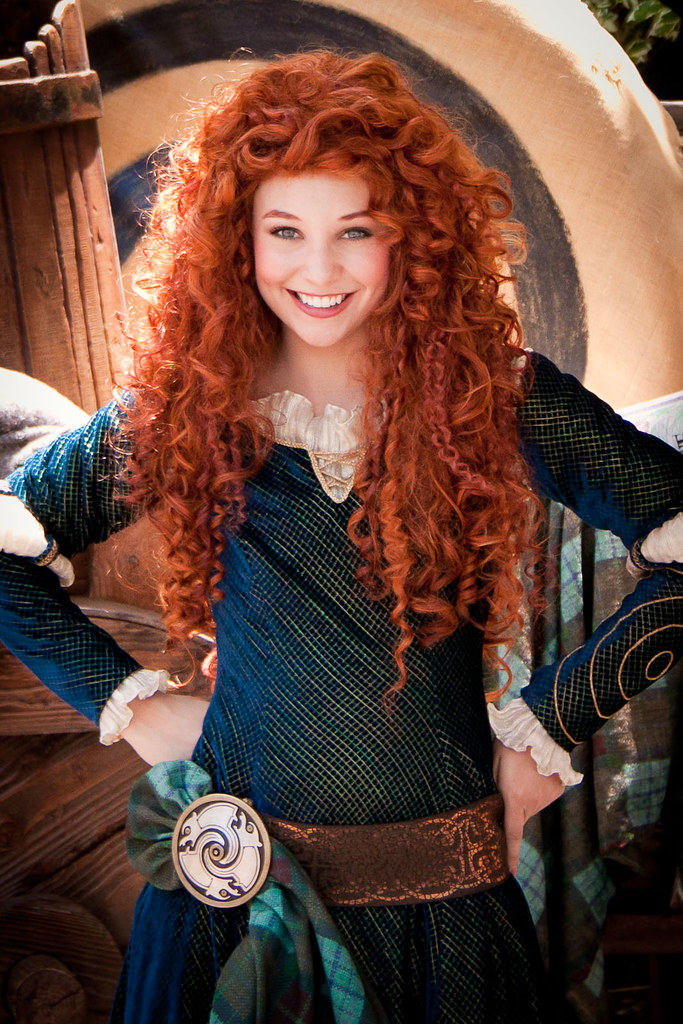 Merida is a cartoon character who appears in the movie “Brave.” She is a young woman.

And as the title of the film would imply, Merida had an extraordinary amount of bravery, and she successfully established the image of a woman who refused to let anything knock her down.

She rescued herself as well as her family without the assistance of a guy or the inclusion of any love subplots. 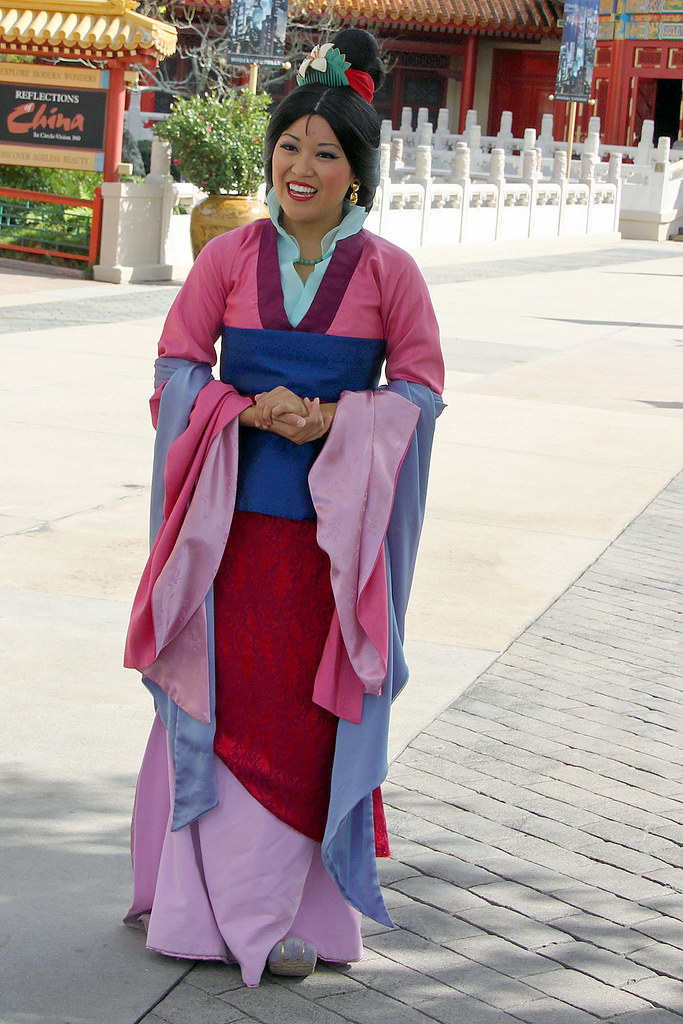 Since the film Mulan was made available to the public slightly more than 20 years ago, people all over the globe have not stopped gushing about it ever since.

The presentation of female protagonists in animated films, including Cinderella, Snow White, and Sleeping Beauty, was fundamentally altered due to Mulan.

The female cartoon characters in these cartoons lacked the necessary level of strength, and as a result, they were forced to wait for a handsome prince to make positive changes in their life.

To stand up to oppression, Mulan did not need the assistance of a prince; in fact, she did not even require the status of a princess or a strong lady.

She accomplished all this by simply living her life as a commoner and encouraging youngsters, particularly young ladies, to show bravery in all circumstances. 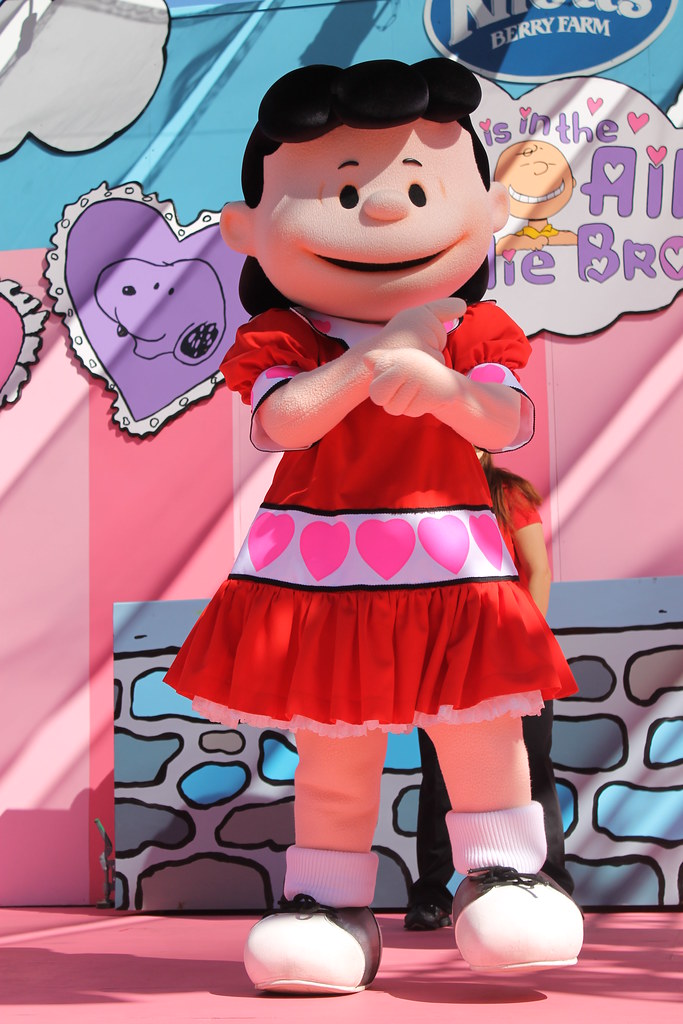 Do you have fond memories of the timeless “Peanuts comic”? If you can recall it, you unquestionably are familiar with the character of Lucy Van Pelt.

The cartoon persona of the woman who would sometimes be harsh was also notably powerful. She was mature, had a decent deal of information for her age, was a wonderful sister to Linus, and was a good friend to Chuck.

She also had aspirations for her professional life when she was only 8 years old! 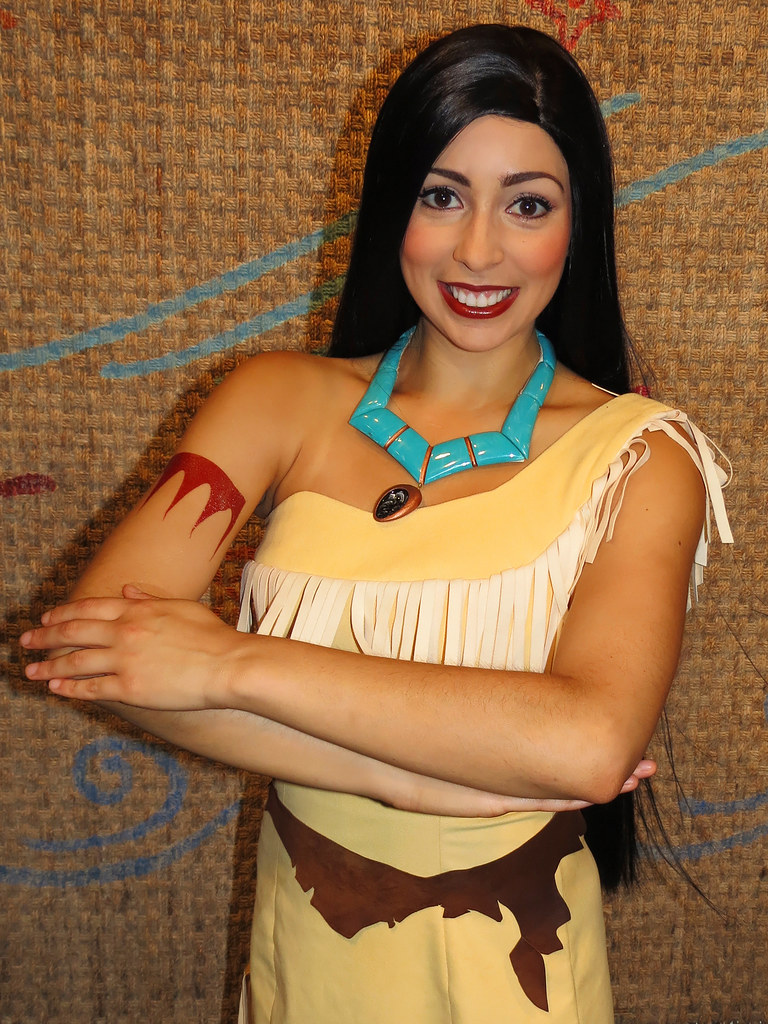 Pocahontas served as a feminist role model for a great number of people. She battled racial prejudices and injustice against the helpless and did not allow anybody to silence her because she was a woman.

Pocahontas popularized the concept of a powerful woman to youngsters in general and served as an inspiration to young girls to be just like her.

She is still one of many people’s favorite female cartoon characters and serves as an example of how they should live their lives. When the television show based on the DC comics that bears this name debuted in the United States, it became an instant hit and became known as “Supergirl.”

The ability of a regular lady called Diana to become Wonder Woman and to come to the aid of anybody in need inspired amazement and wonder in the hearts of young people.

Top 15 Largest Navies In the World

Top 10 Best Furniture Brands In The...