The Grand Canyon, a gash one mile deep in the crust of Arizona’s rust-red sandstone, has been a well-liked tourist attraction for more than a century, and it is simple to comprehend why this is the case.

It is a national park that should not be missed since it offers breathtaking vistas in every direction, convenient access by automobile, and a wide variety of activities that may satisfy even the most discerning outdoor enthusiast. Here are the 10 Best things You can do in the Grand Canyon. 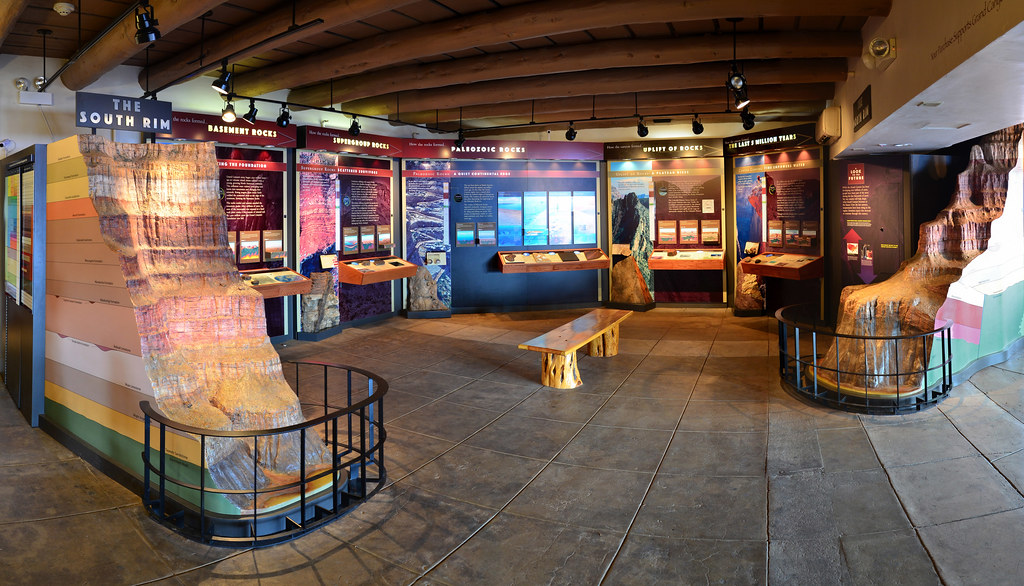 One of the most incredible things to do at the Grand Canyon is to visit the Yavapai Geology Museum, which has been there since the 1920s and is located on the South Rim.

The small team of renowned geologists that founded the community selected the Yavapai site because it provides excellent access to the Grand Cayon’s varied geology.

It’s a perfect place to learn about the park’s geology and the processes that have shaped it over millions of years, thanks to the exhibits, history, and enormous relief maps available there.

The Colorado River’s crowning achievement during the last six million years is the formation of the Grand Canyon. The Grand Canyon National Park is a desert wonderland known all over the globe, making it one of the most visited parks in the United States.

There is a once-in-a-lifetime experience for you, no matter what kind of traveler you are. Walks to breathtaking vistas and epic journeys to the Canyon’s river are both within reach at the Grand Canyon. 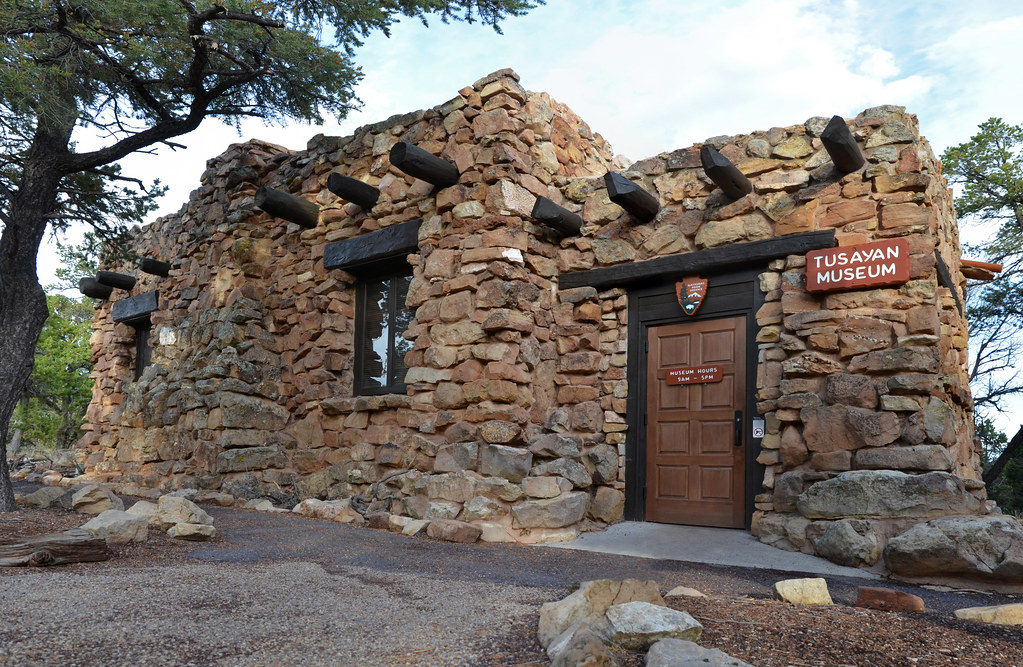 The Tusayan Ruin, also known as the Tusayan Pueblo, is the historic site of an indigenous village that dates back 800 years to the 1100s and is thus one of the most important archaeological sites in Arizona.

The site, which was excavated in 1930, may be easily combined with a trip to the Desert View Watchtower, located about three miles to the west.

Explore the Kiva and its surrounding regions to get a feel for the local way of life, then explore the surrounding agricultural area through the gravel trails.

It’s hard to believe. In addition to the remains, the site has a museum where visitors may learn more about the region’s past.

8.  Hiking the Trail of Time

The Trail of Time is one of the most incredible Arizona treks if you’re looking for a short, simple, paved walk across a section of the Grand Canyon.

The Trail of Time is intended to symbolize the geological history of the Grand Canyon and is excellent for families because of its more accessible paved path.

A million years have passed in the Canyon for every meter traversed on the Trail of Time. Along the route, you’ll find exhibits and rocks that explain the development of the Canyon, as well as correlating signs that indicate the period in which you are presently located.

It’s one of a kind and doesn’t need that you have a passion for geology to appreciate it. You may combine this with a visit to the adjacent Mather Point and the Yavapai Geology Museum.

If you choose to keep hiking, the South Rim Trail offers stunning views of the whole of the park. It’s pretty in every way. 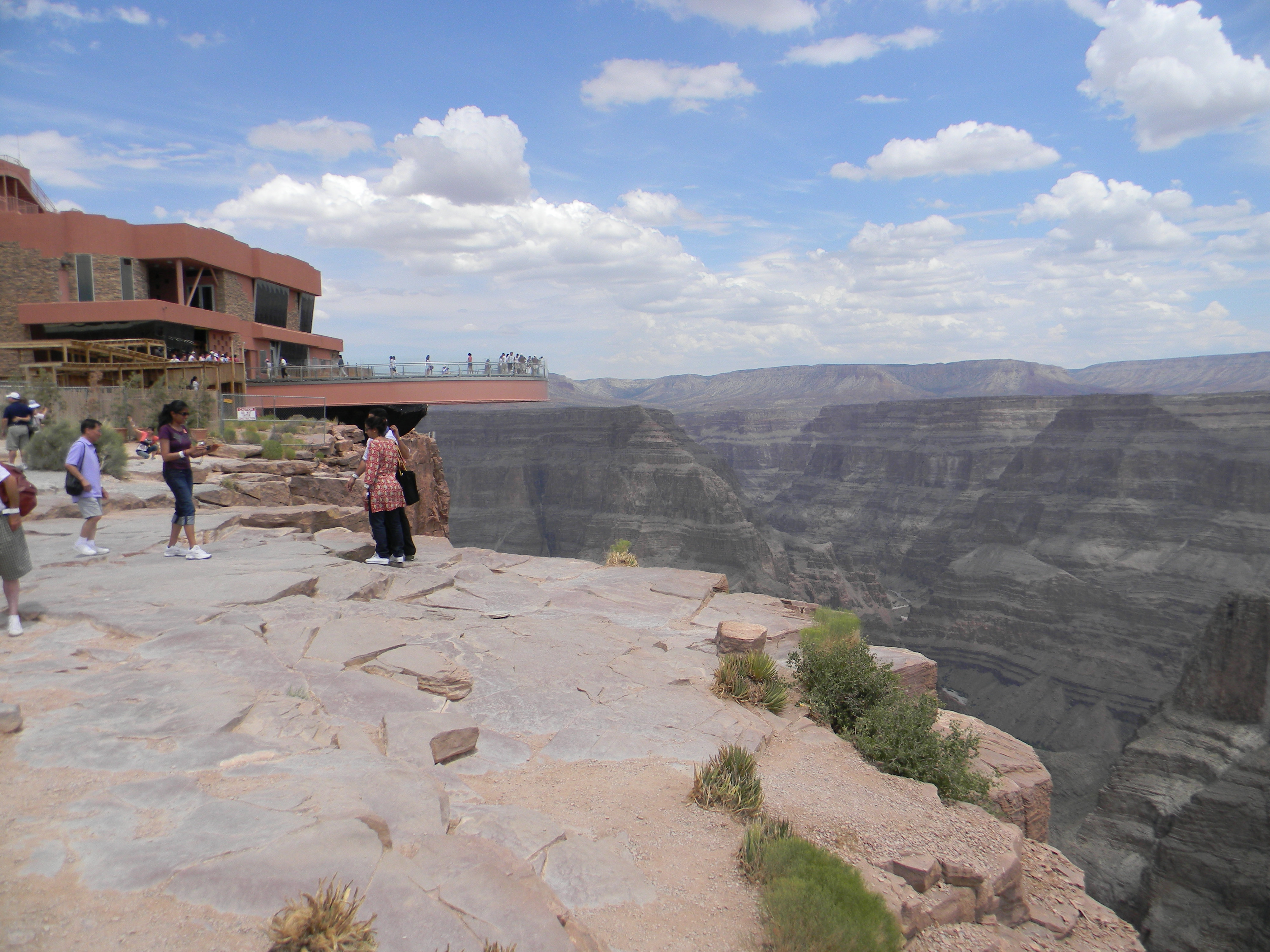 The Eagle Point Glass Bridge, spanning 70 feet above the Grand Canyon, is well worth the four-hour trip from the park’s South Entrance.

It is fantastic to look out over the Grand Canyon and see the depths below. Vertigo sufferers, however, should probably avoid the area.

Later, go the short distance to Guano Point for yet another breathtaking vista easily accessible from the Skywalk. Flying above the Grand Canyon in a Helicopter An alternative is to take a helicopter trip out of Las Vegas to the western rim of the Grand Canyon.

If you have a few days in the city but still want to see some of Arizona’s natural wonders, this is a great activity to partake in. 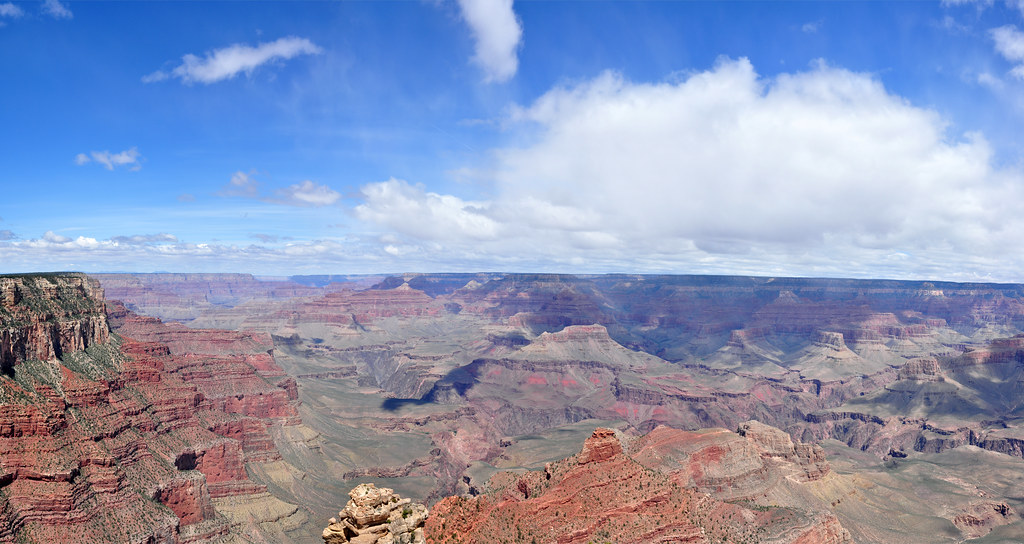 One of the most rewarding Grand Canyon activities is beginning on the south rim and continuing to Skeleton Point via the South Kaibab Trail.

Unfortunately, parking at the trailhead is no longer permitted, so take the shuttle to Yaki Point and start your hike there. If you’re lost, ask the ranger for some pointers (sometimes this is easier).

During the approximately 6-mile journey, you will reach the breathtaking Ooh-ahh Point. No water can be found along this path, so bring enough food and drink.

5.  The Lookout Tower in the Desert 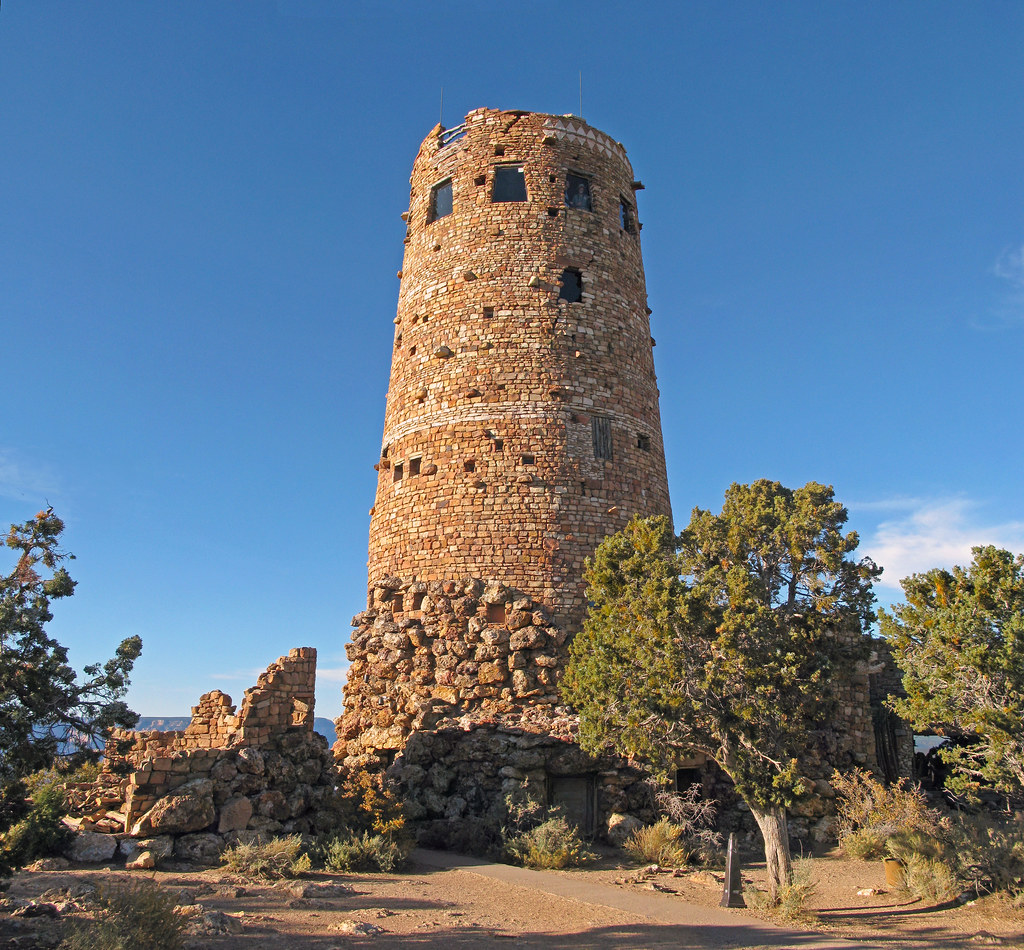 If you enter by the park’s less-frequented South Entrance and continue straight down Desert View Drive, you’ll reach the stunning Desert View Watchtower.

The Desert View Watchtower was built in 1932 and was styled after an old Anasazi watchtower; it has two breathtaking lookout platforms.

The nighttime sky is just as spectacular for stargazing as the daytime vistas over the Canyon. In a word, it’s stunning. Take a jacket with you since the weather is likely to get breezy. 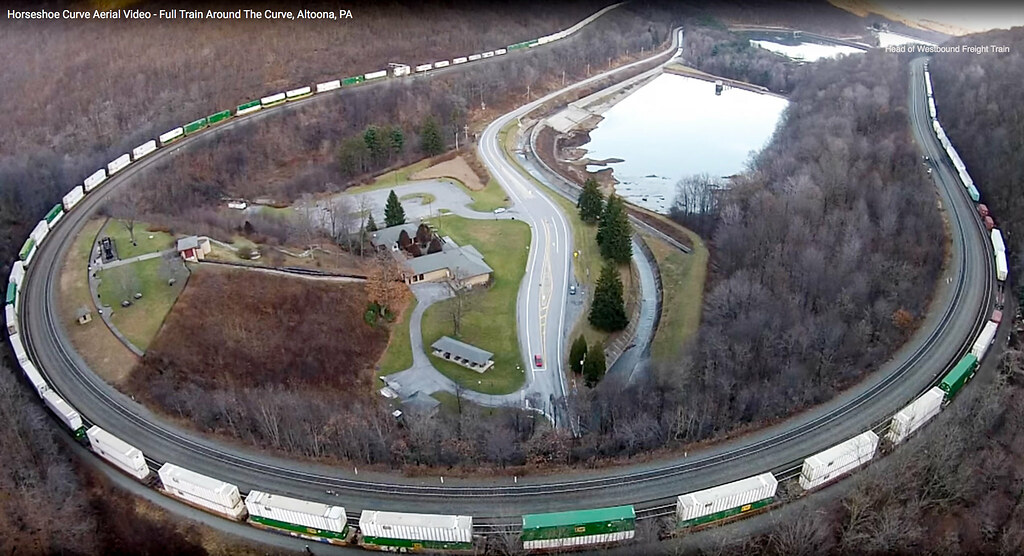 Located just outside of Page, one of the simplest and most important things to do in the Grand Canyon while in Northern Arizona is to visit Horshoe Bend.

And you don’t have to hike for hours or cross any mountains to get here; it’s just off Highway 89 and couldn’t be more convenient.

Despite the crowds, it’s well worth coming here after sunset to see the sun go down behind the curve. It’s eye-popping in every way. After finishing your kayaking adventure in Marble Canyon, you may make your way here.

Check out also: Top 15 Highest-Paid Football Coaches In The World 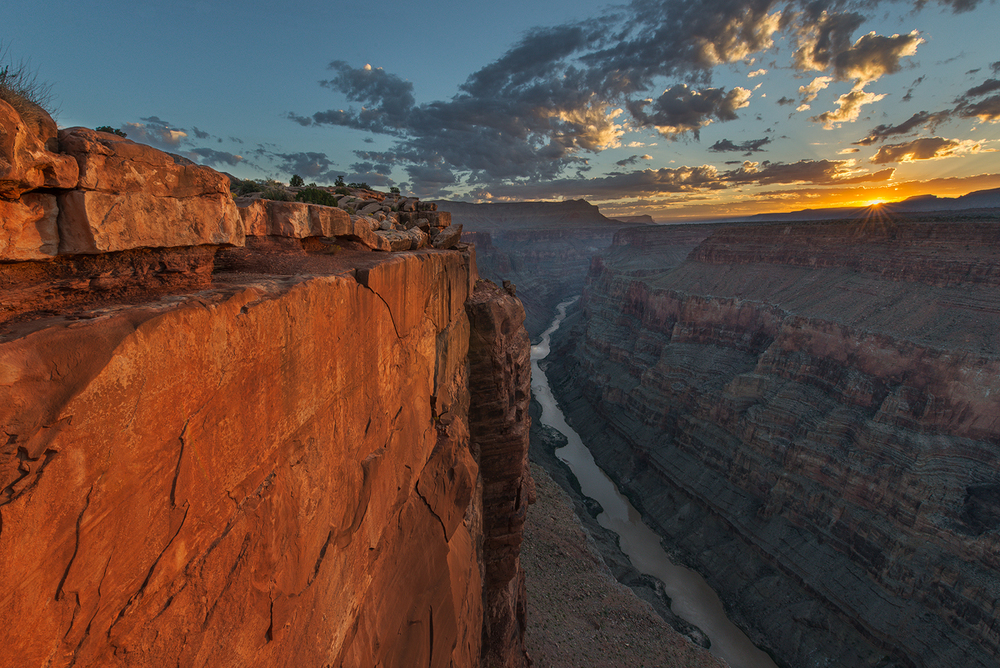 Toroweap Overlook, situated near the much less crowded North Rim, offers breathtaking views of the Colorado River. If you’re seeking a less crowded section of the Grand Canyon to explore, you’ve found it at Tuweep Campground, where you can also access trails that go to other parts of the park (the Lava Falls Trail is fantastic).

Havasu Canyon is a breathtaking destination on the Havasupai Indian Reservation. Visit the stunning Mooney Falls and Havasu Falls while you’re here. Along the way, you’ll also witness the Little Navajo Falls and the Fifty Foot Falls.

Upon entering Grand Canyon National Park via the South Entrance, Hermit Road is one of the first available routes. It is pretty simple to explore with the accessible Hermit Road (Red Route) bus. However, if you’d want to take a more extensive walk, you should set off on foot.

From Grand Canyon Village, you may go the 7 miles down Hermit Road to some of the best vantage spots in the park for taking in breathtaking panoramas of the Canyon below.

The views from Trail View Overlook and The Abyss were fantastic. Both provide spectacular views that put the park’s massive expanse into context.

2.  The Trail of the Angels’ Light 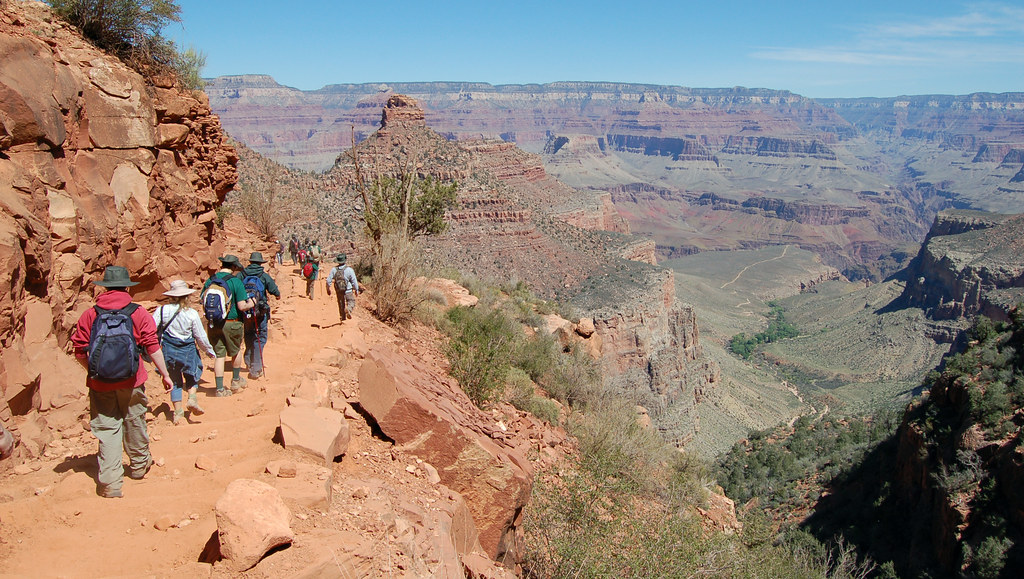 Traveling from Grand Canyon Village to the region near Indian Garden, the Bright Angel Hiking Trail is one of the most well-known routes in the National Park.

This is a path for severe hikers only; it may take days to cover the 20 miles, and anybody without hiking expertise should not even try it.

However, if you want a shorter (but still challenging) day walk, you might do worse than the route to Indian Garden Campground.

Even so, if you’re well-prepared for the terrain, you can do this in a day. Nonetheless, novice hikers need not worry; the 0.4-mile-long Upper Tunnel trek may be completed in half an hour.

With this path, you may get a taste of the Bright Angel Hiking Trail without committing to a lengthy hike.

Check out also: Top 10 Best, Most Famous Packaged Fruit Juices In The World

Desert View Drive is one of the top Grand Canyon attractions reachable by car and one of the most breathtaking drives you will ever take.

The drive is excellent for some spectacular vistas and the Tusayan Museum, with roughly 20+ miles to go over the rim of the Grand Canyon.

Grand Canyon Village is conveniently located just inside the South Entrance to Grand Canyon National Park, and it’s a short walk to the East Entrance.

The Colorado River may be seen cutting through the breathtaking scenery. It would be best if you stopped at Moran Point, Lipan Point, Grandview Point, and Navajo Point.

Remember Yaki Point, too; it’s one of the few lookouts you can’t reach in your vehicle. The Kaibab Rim Route (Orange) Bus departs for free from Grand Canyon Village and is your best bet for getting to this location. The Canyon takes on a new look at dusk, a sight to see. It sounds corny, but the effect is beautiful.

Top 20 Most Popular Cartoon Characters In...

Top 10 Nuclear Power Countries In The...