What is the first thing that springs to mind when considering pricey gemstones? The most common rocks that come to mind are the “Big Four,” diamonds, emeralds, rubies, and sapphires.

On the other hand, the fact that there are precious stones that are more scarce and fetch higher prices than these more common ones can surprise you.

Aquamarine is one of those stones that has been in demand since ancient times, and as a result, exorbitant prices are paid for good-quality specimens.

The impact of celebrities who wear odd stones, such as black diamonds, has led to a rise in both their popularity and their prices. 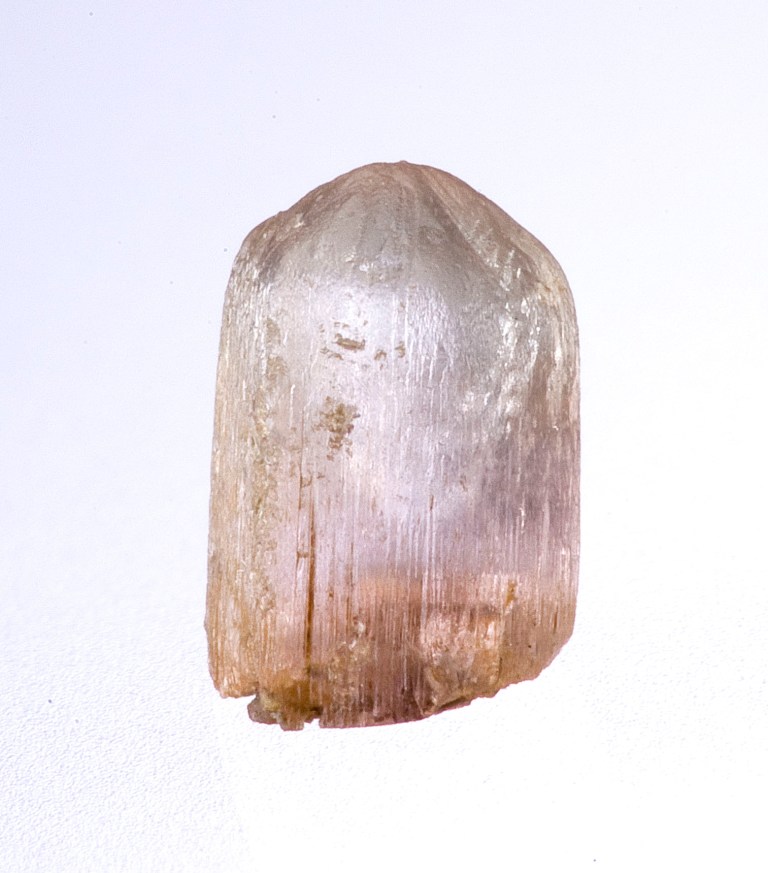 In the 1960s, minuscule crystals of a mineral and gemstone known as poudretteite were found for the very first time in Mont St. Hilaire, Quebec, Canada.

Natrolite, neptunite, joaquinite, serpentine, and albite are related minerals. Benitoite has been discovered in California, Japan, and Arkansas.

San Benito has natrolite veins in the glaucophane schist inside a serpentinite body. The mineral occurs in a magnesio-riebeckite-quartz-phlogopite-albite dike in Japan. 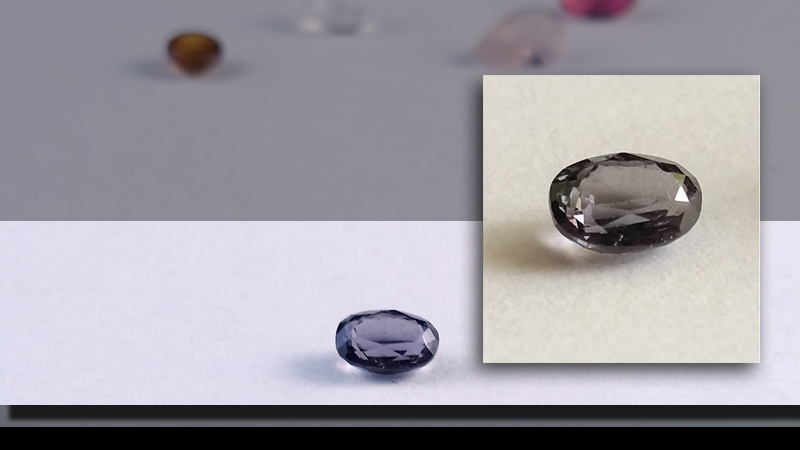 Musgravite is an uncommon oxide mineral that is used as a gemstone. It is also known as magnesiotaaffeite-6N’3S. After its discovery in 1967, the Ernabella Mission in South Australia’s Musgrave Ranges was chosen to be the type location for this species, and it was given its name in honor of this place.

Be(Mg, Fe, Zn)2Al6O12 is the chemical formula for this mineral, which belongs to the family of minerals known as taaffeite. On the Mohs scale, its hardness ranges between 8 and 8.5. Because it is so uncommon, one carat of the mineral may fetch a price of around $35,000 US.

Check out also: Top 10 Best Fashion Designers In The World

A red variety of beryl, known as red beryl or scarlet beryl, was formerly known as bixbite and was marketed as “red emerald” or “scarlet emerald.”

However, it should be noted that the use of the terms “red emerald” and “scarlet emerald” to describe red beryl is now prohibited in the United States by the Federal Trade Commission Regulations.

It was initially recorded in 1904 for an occurrence at Maynard’s Claim (Pismire Knolls), located in Thomas Range, Juab County, Utah.

This location is known as the type locality. Red beryl is extremely uncommon and has only been found in a select few locations, including the Wah Wah Mountains in Beaver County, Utah; Paramount Canyon and Round Mountain in Sierra County, New Mexico; Juab County, Utah; and Juab County, New Mexico, although the latter locality does not regularly produce gem-quality stones.

Alexandrite is a kind of chrysoberyl that was discovered in the Ural Mountains of Russia in the 1830s. Its chemical formula is BeAl2O4.

You may have noticed that this stone has an incredible ability to change color, giving the appearance of an emerald in bright light and a ruby red in low light.

The variant of alexandrite exhibits a phenomenon called metamerism, in which its color changes depending on the quality of the illumination in the surrounding environment.

The phenomenon known as metamerism is characterized by an observable shift in hue from bluish to reddish when there is a change in the light source.

Alexandrite is formed when aluminum ions in a crystal structure are replaced on a tiny scale by chromium ions. This produces significant light absorption across a limited range of wavelengths in the yellow area (580 nm) of the visible light spectrum, resulting in the mineral’s formation. 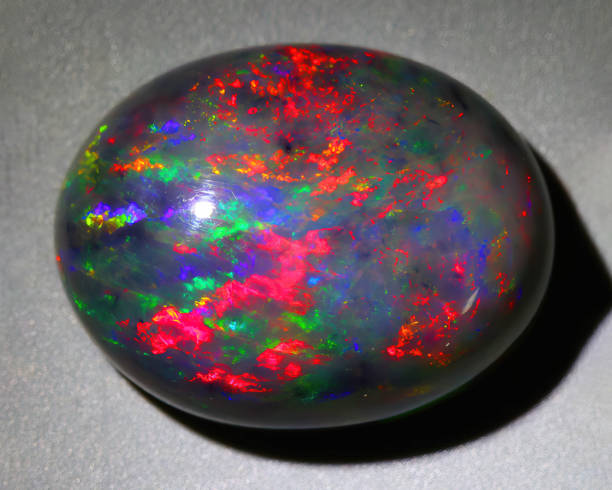 The most precious and well-known kind of opal is found in Australia and is called a black opal. The body tone of black opal is often rather dark, and its color may vary from a very dark gray to an almost completely opaque black.

(Please refer to the chart that is following). But this relates to the overall body tone of the stone; it has nothing to do with the rainbow or spectral colors present in the opal.

Many anticipate that a black opal will be black (in which case it would be not very helpful). Black opals, as opposed to regular opals, include small amounts of carbon and iron oxide.

On the other hand, black opals have a darker body tone than different opal types, giving them a more brilliant play of color. This makes them the most precious kind of opal. Black opal of the highest gem grade may sell for as much as AUD 15,000 per carat when it is on the market.

However, just because opal is black doesn’t make it precious. Opal’s overall worth is determined by several characteristics, including its brightness and its pattern, among other things. You can learn more about the price of opal in our post here. In mineralogy, a diamond is referred to as a metastable allotrope of carbon. This means that the carbon atoms inside a diamond are grouped in a version of the face-centered cubic crystal form known as a diamond lattice.

Diamond is less stable than graphite, yet under normal circumstances, the rate at which diamond may be converted to graphite is insignificant.

Diamond is well-known for being a substance that has exceptional physical properties, the majority of which are brought about by the strong covalent bonding that exists between its constituent atoms.

Serendibite is a silicate mineral that is so uncommon that it was first found in Sri Lanka in 1902 by Dunil Palitha Gunasekera.

He called the mineral after the ancient Arabic name for Sri Lanka, Serendib. In areas where granite has disrupted carbonate rocks, the mineral may be found in skarns that are connected with boron metasomatism.

Grandidierite is an extremely uncommon mineral found for the first time in southern Madagascar in 1902. It was in honor of the French explorer Alfred Grandidier (1836–1912), who researched the natural history of Madagascar, that this mineral was given its name.

The greater the amount of iron (Fe) they contain, the more of a deep blue color granodiorites exhibit. A newly found gemstone known as blue ominelite is the Fe-analog (Fe, Mg) to the mineral known as grandidierite (Mg, Fe).

Grandidierite is notable for the intense trichroic pleochroism that they exhibit. Because of this, depending on the angle from which one observes them, they might seem one of three colors: a dark blue-green, colorless (often very light yellow), or dark green.

Richard Taaffe (1898–1967), the man who discovered the mineral known as taaffeite, BeMgAl4O8, found the first sample of the mineral, a cut and polished gem, near Dublin, Ireland in October 1945.

Taaffe named the mineral after himself. Consequently, it is the sole gemstone that was first recognized from a faceted stone. Before Taaffe’s involvement, most of the jewels had been incorrectly classified as spinel.

For many years after that, it was only known in a few samples, and even now, it remains one of the rarest gemstone minerals worldwide.

In 1951, chemical and X-ray analyses proved that beryllium, magnesium, and aluminum were the primary ingredients of taaffeite. This established taaffeite as the first mineral to include beryllium and magnesium as key components.

Emerald is a variant of the mineral beryl (Be3Al2(SiO3)6) that is tinted green due to tiny quantities of chromium and occasionally vanadium.

Emerald is also a kind of gemstone. On the Mohs scale, the hardness of beryl ranges between 7.5 and 8. Because most emeralds have a high inclusion content, their toughness (resistance to breaking) is often considered low.

It was acquired at Christie’s auction for a total of $5.5 million, which works out to be $305,000 per carat. This made it the emerald that had the highest price per carat of any that had ever been sold. 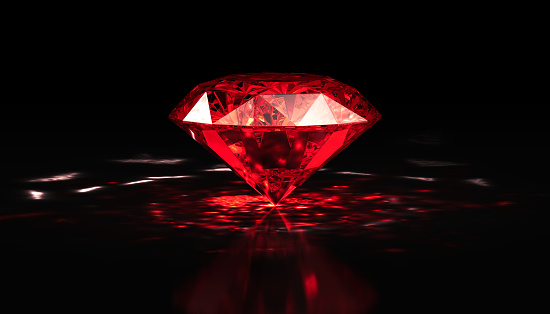 The term “red diamond” refers to a kind of diamond with the same mineral characteristics as colorless diamonds but with a red tint.

It is general knowledge that they are the rarest and most costly hue of diamonds in the world, much more so than pink diamonds or blue diamonds.

It is widely controversial as to their color source, much like pink diamonds. However, the gemological community most usually attributes both hues to gliding atoms in the structure of the diamond when it endures immense pressure while it is being formed. This is similar to pink diamonds.

It is a precious stone that, if spread over the earth, would bring about a state of beauty and harmony. Similar to white diamonds, pink diamonds come in a wide variety of qualities, ranging from flawless to (heavily) included.

The Pink Star is the only perfect pink diamond in the world, and it is unique in that it is a diamond. A magnificent pink diamond that weighed 59.60 carats was sold at a Sotheby’s auction in Hong Kong in 2017 for a price that broke the record for the most money ever paid for a single diamond at that sale.

That works out to be 1.19 million dollars per carat. It is the biggest Fancy Vivid Pink diamond that has ever been rated as Internally Flawless by the Gemological Institute of America. This diamond is also known as the “Pink Star” diamond. 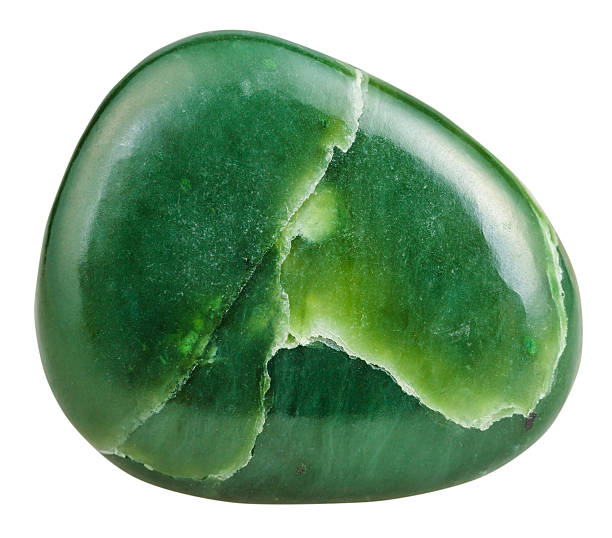 In the Jade family of gemstones, jadeite is the most valuable since it is the purest, the rarest, and the most brilliant. The mineral jadeite is pyroxene with the chemical formula NaAlSi2O6.

It has a monoclinic structure. Its Mohs hardness ranges from around 6.5 to 7.0, depending on the composition of the material.

The mineral has a specific gravity of approximately 3.4, indicating that it is rather dense. This was accomplished by wearing the “Hutton-Midivani Necklace,” which has 27 huge jadeite beads of the highest possible grade.

Cartier, the original designer of the necklace, was the successful bidder after twenty minutes of furious bidding from eight potential purchasers, and the item ultimately sold for $27.44 million. 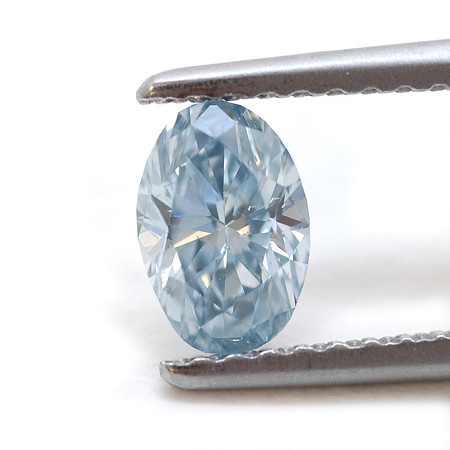 A blue diamond is a form of diamond that displays all of the intrinsic features of the mineral diamond, except the stone’s unique characteristic of having a blue color.

The structure of the crystalline lattice is contaminated by minute quantities of boron, which gives the crystals their characteristic blue hue.

Similar to white diamonds, the quality of a blue diamond may vary from Flawless to Included depending on its cut grade. The diamond, sold for a final price of $57.5 million, was given the moniker “The Oppenheimer Blue” in honor of the person who had previously owned it.